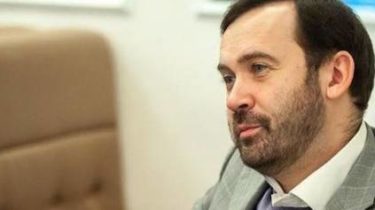 Ilya Ponomarev, created in the U.S. the company Trident Acquisitions, the aim of which is investment in Ukrainian oil and gas production.

Well-known Russian politician and businessman, former Deputy of the State Duma of the 5th and 6th convocations Ilya Ponomarev offers the Ukrainian government to temporarily suspend cooperation with the IMF and the focus on internal financial resources. The idea of a temporary moratorium on the payment of external debt of Ukraine Ponomarev has voiced in interview to the edition “Censor.”

“Ukraine pays on its external debt is much more than it receives. And this only increases the debt of the country. It is a pyramid. I would have refused to cooperate with the IMF and all international advisers. They are not responsible for the result, they have no “success stories” (successful examples) in different countries. You cannot be all the time inside the neo-liberal dogma; the economy in different situations require different approaches, sometimes disengagement of the state, and sometimes manual control of the problematic sectors and increasing public investment. I think that Ukraine has a sufficient amount of internal financial resources. In the same oil industry, and many other”, – said Ponomarev.

Ilya Ponomarev, who was previously one of the top managers of the oil Corporation YUKOS, Mikhail Khodorkovsky, and well-known oilfield services giant Schlumberger, made in USA company Trident Acquisitions, the aim of which is investment in Ukrainian oil and gas production. On NASDAQ, the company has already accumulated for this purpose over 250 million $ – Ponomarev told journalists “Censor”. The businessman says that Trident Acquisitions is a SPAC (special purposes acquisition company company acquisition for special purposes).

“SPAC is a company, not the Fund. The Fund has a limited duration in time. And SPAC no such time limit. Second, a SPAC is a publicly traded company from the very beginning, from the first day of existence. Unlike the Fund, which typically invests in private securities, we are interested in making our public investment at the outset, to give their shareholders with additional liquidity. And, perhaps, the most important is what, in fact, Rasi invested. SPAC, its first investment usually comes in the form of so-called business combination that is merger with SPAC investments, eventually formed a single company. And after he carried out the merger – the combined company may invest in other smaller projects to grow this way,” – said Ponomarev “Censor”.

According to Ilya Ponomaryov, it is very important that the idea of investment in gas and oil production in Ukraine financial support to Ukrainian businessmen, which became part of the shareholders of the company. Without this financial and institutional support in Ukraine to collect a quarter of a billion dollars of investment in the United States would be very problematic – I am sure inspirer of Ukrainian oil and gas market. The main and only partner of the Ukrainian Trident Acquisitions were made by the co-owner of Corporation ATB Gennady Butkevich.

“Gennady Butkevich has invested part of the money required for us to run. After he put his part, foreign investors who have already at that time was, I saw that our Ukrainian partners we have, and given the green light. There is an expression of American “skin in the game”. Figuratively can be translated as “claw stuck”. When someone local is involved, then it means that there are people who will defend this project in the country. Therefore, foreigners have to treat this with more credibility than when such “internal” investor no. Important to was a local, respected, serious and significant player, which in this project will be interested,” – said Ilya Ponomarev.

Ponomarev is convinced that his company soon will become a new Ukrainian Yukos – public, transparent, technologically advanced and socially responsible enterprise, is still remote from various political forces in Ukraine.

“We basically do not create their own political partners, because I try to be neutral. We want to set an example of transparent and understandable investment. That is why we are not all wealthy people in Ukraine spoke at the stage of creation of the Trident and not all offered together with us to enter the enterprise. We negotiated only with those business leaders who are neutral to politics. Most of all, we don’t want to be in one of the politlagerey. In the camp of the authorities that the camp of Tymoshenko or other opposition that in the camp of the former government. We want everyone to be equal distant. We want to be on the side of Ukraine”, – said Ilya Ponomarev in interview “Censor.”

With the full version of the interview can be found here.