In Kiev, the truck destroyed the restaurant, the driver ran away 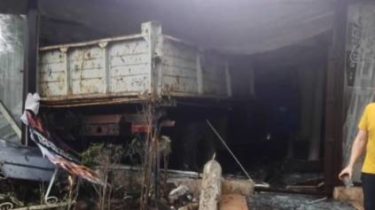 In Kiev, the truck destroyed the restaurant, the driver ran away

Local residents do not exclude that this was done intentionally.

In the capital of ZIL demolished half of the restaurant-karaoke. Night truck flew in a small place and destroyed the load-bearing walls, according to a story TSN.19:30.

Within minutes the place already had a security firm, however, the culprit managed to escape. According to witnesses, the car ran three people, but the guards who arrived after 4 minutes, have not found them already. The incident occurred about 2:30 in the morning and the owner said that sometimes at this time the restaurant was still walking visitors, but in the night of Monday all went early, so suffered only property. “The man had no place to Park, I parked at our institution” – has maintained a sense of humor Nicholas.

Video settings in Kiev, the truck blew half of the building of the restaurant-karaoke

At night, the truck flew into the capital a small restaurant, but still with such force that it destroyed even the supporting wall. Four minutes on a place already had a security firm, however, the culprit managed to escape. 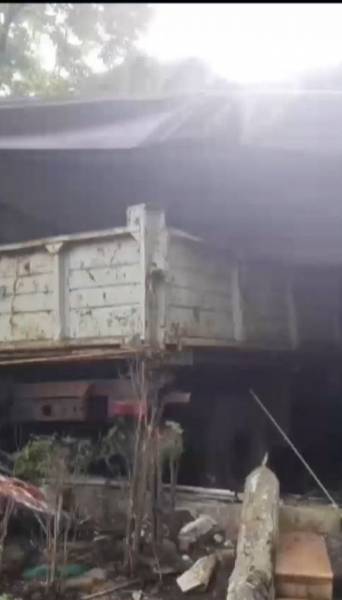 Law enforcement officers found in the truck cab traces of blood. According to preliminary estimates, the damage to the people of Zillah has done half a million hryvnia. Police have issued this case as an accident, and such incidents the insurance institution does not cover. The owners are now counting on the insurance of the truck and assess their losses in 20 thousand dollars, although insurance covers a maximum of 100 thousand hryvnias. In addition, the restaurant owners had to spend to get the ZIL from your restaurant – these works at a cost of 5 thousand hryvnias.

In kiyevshchina the car at speed crashed into a truck, killing the woman and the child

The management of the restaurant was most surprised that for such a small yard the street someone was able to accelerate to this speed, to carry the iron fence and the floor of their institution. TSN has learned that the owner of the car three years living abroad, and a General power of attorney on the vehicle gave companion. He found the merchants to the ZIL, which took to check car serviceability and left the phone for communication, but now to answer the phone. Neighbors of the restaurant do not exclude the version that someone just ran out of patience, because entertainment is already eight years did not allow them to sleep. “How long have we been statements written on it. Spree-drinking up to two to five hours. And here children live,” – say the locals.