In the Internet appeared the video of fatal accident on Dorogozhychi 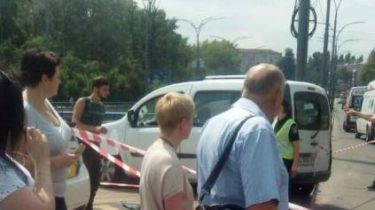 In the Internet appeared the video of fatal accident on Dorogozhychi

From blow killed a male pedestrian.

The fatal collision happened on the Dorohozhychi in Kiev. One of the drivers ran a red light, but who exactly is the police is silent. Two cars do not share the road, resulting in the death of a pedestrian on the sidewalk and three injured.

Police previously found that green Nissan moved down the street Schusev towards the center. White Renault was driving down the street Teligi there. At this time, was standing on the sidewalk pedestrians waiting for a green signal of a traffic light to cross the street, but Renault threw at them.

From blow killed a male pedestrian. Two women received minor injuries but the hospital did not want to. Hospitalized the driver of Renault – the car did not deploy airbags. According to TSN, he had damage to his collarbone.

Fatal accident in Kharkov, the court extended the arrest Zaitseva and Dronovu despite the defense motion

Law enforcement authorities said that the circumstances of the accident are established, on site works investigative team, but because it is still unknown who ran the red light.

Witnesses at the intersection a lot. According to one of them, the car was flying, like “crazy”.

We will remind that on Tuesday, July 24, in Kiev, on Lesya Ukrainka Boulevard, 5 the driver of a Hummer hit an eight-year girl. From the received traumas the child died on the spot.

According to preliminary information, eight-year-old girl and her mother crossed the road at the regulated pedestrian crossing on a green light. At this time, the Hummer, not stopping on red, hit a child and tried to escape from the scene.

The fatal collision happened on Dorogozhychi. Two cars have not divided road, when one of the drivers ran a red. Who exactly is the police is silent. As a consequence, the death of a pedestrian on the sidewalk, three other people injured. 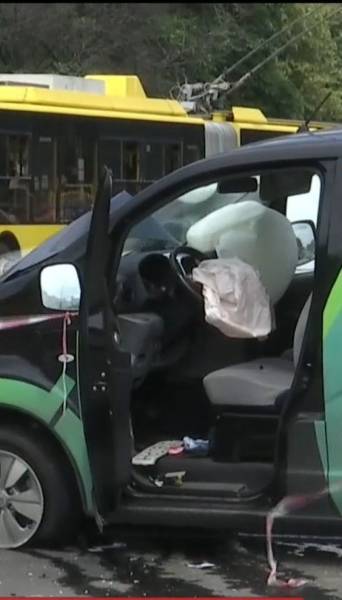