The situation in the Donbass: militants fire on Ukrainian positions with mortars 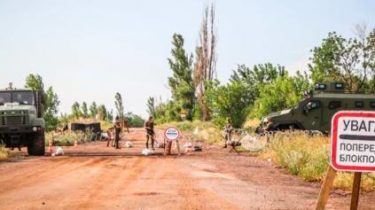 The situation in the Donbass: militants fire on Ukrainian positions with mortars

Over the last day, July 23, fighters ORDA 21 times fired on the Ukrainian positions in the area of environmental protection, resulting in two soldiers of the Armed forces of Ukraine were injured.

“The enemy 21 times opened fire on positions of our troops, including 3 times of weapons, which banned the Minsk agreements. Russian occupation troops were aimed fire on the defenders of the Crimean, Maori, Avdeevka, Marinka, Lebedinsky, Gotovogo, Talakovka, Pavlopol, Shirokino and Water. Along with this, the occupants in close proximity to the Crimean and Lebedinsky fired at positions of the joint forces from 82-mm mortars, and Talakovki – from 120-mm mortar”, – stated in the message.

It is noted that within the current day, militants have fired four times at Ukrainian positions, using 120-mm mortars and ATGM.

According to intelligence reports, during the fighting and injured four militants.

We will remind, the day on 22 July, the militants OGLO 15 times fired at the Ukrainian positions in the Donbas, with the result that one Ukrainian soldier was injured.