10-year-old girl knocked down Hummer, was a citizen of Russia 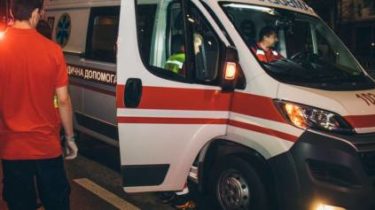 10-year-old girl knocked down Hummer, was a citizen of Russia

The Prosecutor’s office announced suspected driver of the SUV.

The girl who died in a car crash on the Boulevard of Lesya Ukrainka in Kiev, was a citizen of Russia. This TSN.news Agency reported sources in law enforcement bodies.

In turn, the MP Igor Mosiychuk called the name of the alleged driver – Kirill Ostrovskiy. According to the Deputy, the detainee is a former boxer and now a Director, owner and investor of the firm Fit & Sweet. Mosiychuk also claims that he repeatedly asked not to write anything about the incident to “cover up” the driver.

Driver-murderer who killed 10-year-old girl on a pedestrian crossing on #Hummer #H2 (#AI8888IO), was…

As you know, July 24, at about 22:30 on the Boulevard Lesia Ukrainka 23-year-old driver of the Hummer was hit on the regulated passage of a 10-year-old girl. A car moving on a red signal of a traffic light. The girl died in the carriage, and the driver was arrested and taken to narcological clinic – examination should identify whether the driver’s blood alcohol or drugs. The SUV does not belong to the driver.

To the detainee it is declared suspicion on the article “violation of traffic rules, entailed death of the victim”. Also addressed the issue of additional qualifications – “abandonment in danger” because not reliably established whether the driver was leaving the scene of an accident.