The driver of the Hummer that hit and killed a ten-year girl in Kiev, declared suspicion 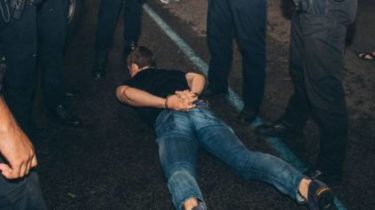 The driver of the Hummer that hit and killed a ten-year girl in Kiev, declared suspicion

To the man threatens till eight years of prison.

The driver of the Hummer SUVthat hit and killed a ten-year girl in the Pechersk district of Kiev, declared suspicion.

About it reported in a press-service of Prosecutor’s office of Kiev.

“Kyiv Prosecutor’s office reported suspected 23-year-old driver of the Hummer – the culprit accident, which occurred 24.07.2018 in 22 hours 30 minutes on the Boulevard Lesia Ukrainka, which killed 10-year-old girl,” – said in the message.

Driving a Hummer who hit a little girl in Kiev, sat ex-boxer – media

According to militiamen, now the culprit is detained as article 208 criminal procedure code of Ukraine. He was notified of a suspicion under part 2 of article 286 of the criminal code of Ukraine (violation of traffic rules, entailed death of the victim). Also addressed the issue of additional qualification of actions under article 135 of the criminal code (leaving in danger). Preparing the petition for election of a suspect measure of restraint in form of detention.

The man threatens from 3 till 8 years of imprisonment.

We will remind, on Tuesday, July 24, in Kiev, on Lesya Ukrainka Boulevard, 5, the driver of the Hummer hit a ten-year girl. From the received traumas the child died on the spot.