Despite the attacks, the last of the residents Gladosovo and Travneve don’t want to leave their villages 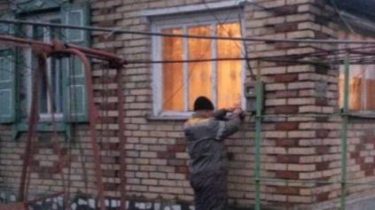 Despite the attacks, the last of the residents Gladosovo and Travneve don’t want to leave their villages

In the villages a few families.

The last of the residents Gladosovo and Travneve don’t want to leave their villages. Though scary, and the shells fly over the heads of almost every evening, people prefer to stay on their land, says the story TSN.19.30.

What it’s like to sleep in silence, people in Travneve already forgotten. As soon as the sun sets in the sky fly the tracers from the side of the occupant in the direction of our positions fly a large-caliber bullet, and then the shells are falling heavier.

Without hesitation, the fighters prepare their ammunition. While the enemy the bullet didn’t hit anyone, the fire should be suppressed. When there is a threat, the commander immediately takes a decision on the spot. If the enemy is running missile weapons, small arms used by the Ukrainian fighters. The grenade machine answer from a grenade launcher, hand grenade – the hand grenade.

For eight months, as Travneve and Gladosovo are under the control of the Ukrainian army. These often bring humanitarian aid. But unload it in Travneve in Gladsome rarely arrives. The road to Gladosovo runs right in front of the enemy and in fact in front of him.

In the village there are several families, mostly retirees. Why not leave the answer all people one: “where to go, who are we waiting for?”.

Videoing in the line of fire. TSN has learned why the people of the frontline villages do not want to leave the house

Life in the line of fire. The last of the villagers Gladosovo and Travneve don’t want to leave the village. Though scared and flies over the heads of almost every night, people prefer to stay on their land.