During the procession detained members of the Brotherhood 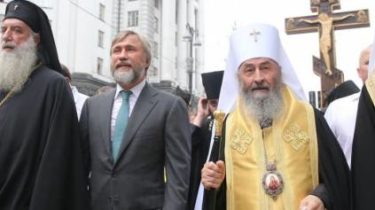 During the procession detained members of the Brotherhood

On the route of the procession, the police detained the members of the organization “Brotherhood” Dmitry korchinskiy, the correspondent of TSN.

Five men went to the head of the column, the police at this stage was surrounded by this group. Near the Cabinet of Ministers of the guys climbed on the parapet, where some of them were detained. Previously, two of the detainees. To the provocations of the group to use did not.

We will remind, at 13:00 on the Vladimir hill held a prayer service of the faithful of the UOC-MP, after which the procession went through the streets of Kiev in the Kiev-Pechersk Lavra. There will begin with a solemn all-night vigil. The Primate of the UOC-Moscow Patriarchate Onuphrius is surrounded by politicians.

Videoo a procession detained members of the Brotherhood

The detention occurred on the path of progress near the Cabinet of Ministers. With five young organizations Dmitry Korchinsky’s “Brotherhood” were detained, in advance, of two. 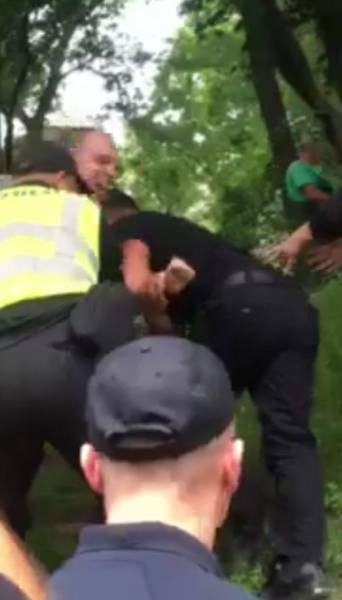 As previously reported by TSN, because of the events in Kiev tightened security and blocked several main streets. The event will last two days, the capital now impassable.