In one of the American cities bear stuck in a manhole 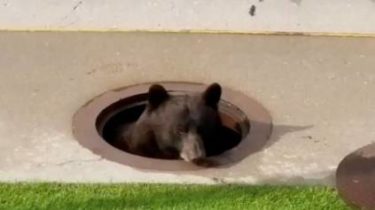 In one of the American cities bear stuck in a manhole

The animal was probably looking for food.

In Colorado springs, Colorado, in one of the manholes stuck bear.

It is reported by CBS.

According to the publication, the animal was stuck in the hatch and sticking it in an hour. It is not known how the bear, weighing half a ton, fell to the underground utilities, but he managed to escape when officers animal control removed the lid.

In Kyiv a lift-the killer strangled a dog 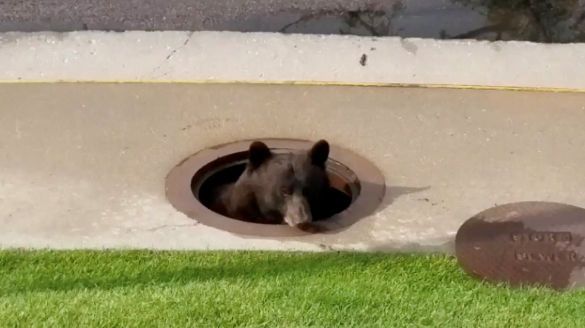 Officials control services for wildlife say they didn’t want to deal with it, because they had to put a mark on the bear. And in case of repetition to put another one, then euthanasia.

One version of hitting the animal in the hatch is the search for food.

We will remind, on Thursday, July 26, in Nikolaev, local residents reported that through the first floor balcony to them, climbed a snake. A resident spotted the animal in a cage with a parrot.