In Kyiv on Osokorki nationalists protested against the building, police used tear gas 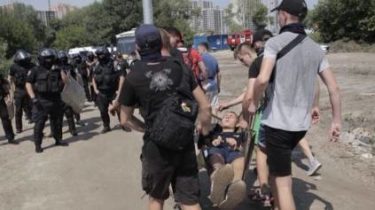 In Kyiv on Osokorki nationalists protested against the building, police used tear gas

Several activists militiamen detained and delivered to the station.

In Kiev, near the metro station “Osokorki” activists of the “National body” held a rally against the building, during which there were clashes with the police.

This was told to the “National guards” on his page in Facebook.

“Today during a peaceful protest against the construction of the Eco-Park “Osokorki” were severely beaten activists of the “National Body”. Once the protest arrived at the scene the police, she immediately began to show hostility to the protesters. Despite the fact that there were children and women, the police used tear gas,” they say.

According to them, several people were detained, they were taken to darnytske police Department. Five others were injured in the clashes.

Video from the scene also shows how the activists of the “Nazarus” threw stones and fire at law enforcement officers. During the clashes also destroyed the fence of the building.

It is not the first protest, “National corpus” against this building in the Osokorki. In late may, the activists made a violent RAID on a construction site, beat-builders, with the result that ten people went to the hospital.

Videopokerhome of bloody fighting on the beach: on the construction site, injuring two dozen people

This is a cruel video recently blew up the Internet. Someone denounces guys who had organized the mob at the construction site, someone on the contrary- support, as the government has hoped. The result – more than 10 people were hospitalized. Our reporters arrived on the scene of bloody clashes Osokorki two days after the fight. What developers so pissed off the crowd and local? 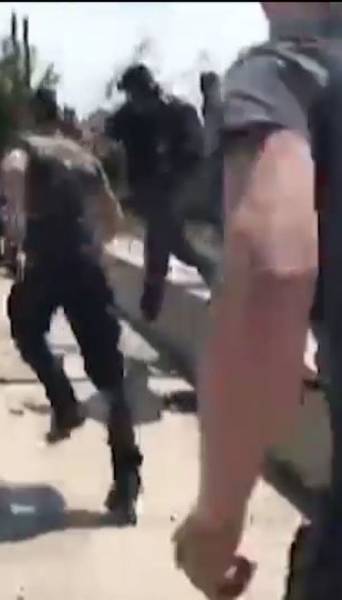