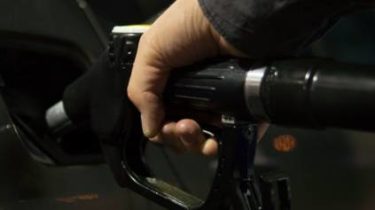 The men tried to sell about two tons of fuel.

Military counterintelligence detained on hot members of the Armed forces of Ukraine that were stolen fuel intended for military equipment involved in the operation of the United forces.

“Military counterintelligence of SBU and Netpolice of Ukraine with the assistance of the military police from the combined forces exposed and hot soldiers detained APU that was leaking fuel from fuel trucks at an illegal point of buying fuel, organized in the garage of a resident of the village of Ocheretino, Donetsk region”, – stated in the press center of the OOS.

Weapons, money, a clear hierarchy: the police arrested an interregional group of pimps

According to preliminary information, the military for their own gain, tried to sell about two tons of fuel.

“Given the fact that in addition to material damage theft of fuel affects the combat capability of the OS, as well as possible participation in the illegal activities of detained commanders of the troops, the number of defendants may increase and their actions are qualified under other articles of the Criminal code of Ukraine”, – reported in the headquarters.

OP GU Druzhkovka Ukraine in Donetsk region initiated criminal proceedings under part 3 of article 410 of the criminal code of Ukraine – “theft, misappropriation, extortion of military weapons, ammunition, explosive or other fighting substances, vehicles, military and special equipment or other military property or taking them by fraud or abuse of official position”.

The sanction of article prescribes punishment in the form of deprivation of liberty for a term from 10 to 15 years.

Savchenko told why the export of weapons from the zone ATO

We will remind, for the last day, July 29, fighters ORDO 30 times opened fire on Ukrainian positions in the Donbas, causing one soldier APU were injured. The militants did not use Minsk agreements prohibited weapons.