Thin and silent: in a Network there was rare footage of a prisoner of the Kremlin Kolchenko 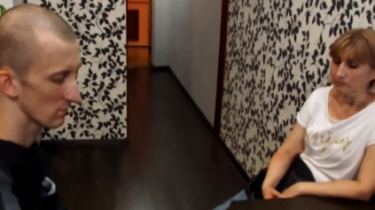 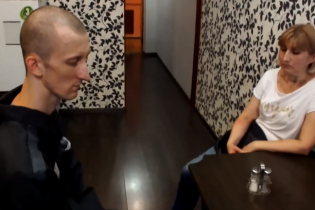 Thin and silent: in a Network there was rare footage of a prisoner of the Kremlin Kolchenko

Alexander Kolchenko out with mother. © Now

Journalists filmed the meeting of the prisoner with the mother.

In the Network appeared the first pictures of the meeting of the Ukrainian prisoner of the Kremlin Alexander Kolchenko with her mother.

Part of this meeting was filmed by the correspondents of the TV channel “Real time”.

It should be noted, though longer visits are allowed every 4 months, but according to Larisa Kolchenko, to see his son, she was able for the first time in 9 months.

Previously, relatives were allowed to be together for three days. For the meeting they were given a room at the hotel of the correctional institution.

We will remind, a political prisoner of the Kremlin Alexander Kolchenko blackmailing the prison’s family and asked to sign the passport of the citizen of the Russian Federation. To him periodically by the FSB. According to mother, passport of the citizen of Russia for Ukrainians already manufactured, however, asked to sign to keep the prisoner in the territory of the Russian Federation, allegedly legally.