In Kiev, the vandals stopped the train and pelted it with stones: there are victims 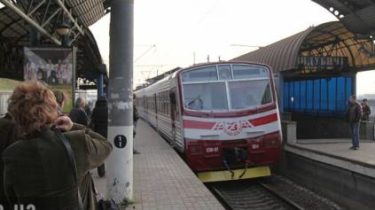 In Kiev, the vandals stopped the train and pelted it with stones: there are victims

Leave is not given even to children and women.

Monday, July 30, a group of unknown people in Kiev were stopped, the city train between stations “Raw” and “Vyshgorod” in order to paint the cars.

This was reported on the page “operational Kiev” in Facebook.

“The train stopped and painted by vandals. Some people inside were poisoned fumes of paint, many people vomited, don’t give, throwing stones, broke the head of one man. Threw stones at the cab. The police asked,” – wrote in social networks.

Ukrzaliznytsia loses millions of hryvnias due to vandals

It is also known that in elektrichka at the time drove the women and children. However, leaving the vandals are not given to anyone.

Earlier it became known that “Ukrzaliznytsia” will spend millions of dollars per year to eliminate the damage caused by vandals. Traffic safety depends on the responsibility of citizens.