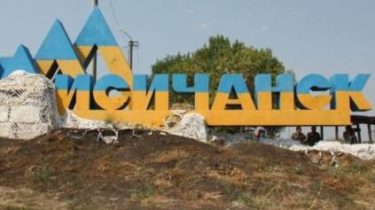 There are also encouraged to provide any information concerning involvement of any individual to the activities of militants.

In the city of Lisichansk of the Luhansk region the Ukrainian military on July 31 and August 1, conduct activities to counter terrorist and sabotage threats.

“In connection with the holding of the 31 July and 01 August 2018 preventive measures to counter terrorist and subversive threats in the city of Lisichansk, Lugansk region, combined forces Command urges the residents not to leave without having their homes, to observe rules of personal safety and handling of suspicious items, explosive substances and etc.”, – stated in the message.

There also urged all local residents in case of need around the city be sure to keep the documents proving the identity.

Lisichansk SBU foiled a series of terrorist attacks: the separatists were going to blow up the monument to soldiers of the ATO

“The situation with the threat of terrorism is under control. In case information about the involvement of the unknown persons to DRG or terrorist divisions of fighters, immediately inform to the address of the duty services”, – stressed in the press center.

ATTENTION! #OOS #operates In connection with the holding of the 31 July and 01 August 2018 preventive measures to counter…

We will remind, on July 30, the military counter-intelligence arrested on hot members of the Armed forces of Ukrainethat were stolen fuel intended for military equipment involved in the operation of the joint forces.