Claim million: “Dynamo” Garmash began to sue the utility because of the shooting of his car 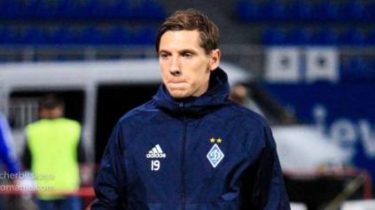 Claim million: “Dynamo” Garmash began to sue the utility because of the shooting of his car

Football player accused of Parking that is not provided protection to the car.

In Kiev began a civil lawsuit for 1 million 300 thousand hryvnias – as wants to recover the FC Dynamo Kyiv midfielder Denys Harmash with the utility, which serves an underground car Park on the Dnieper embankment. On the night of 5 December 2017 unknown persons have shot the car of the player. The plaintiff says that the blame for the Parking lot, because he has not provided protection. This is stated in the story TSN.19.30.

After the December shooting to get into the Parking lot on the Dnieper embankment was much harder. At the top, a gate that opens with a key. Bottom a metal fence that rises from the console.

On 5 December last year there was a thoroughfare. Run, the man with the machine gun. Maybe with an accomplice. And then – fourteen bullet holes in the car of Garmash. There were rumors that the warning for the debts of the sweepstakes. The midfielder has denied them. And on July 31 in Darnytskyi court his lawyer supported the claim to the Municipal enterprise “Housing-service”, which operates the Parking lot. He says that it has 1 million 326 thousand UAH – for auto repair.

Videogames against Parking. In Kiev began the trial on 1 million 300 thousand hryvnias

Player vs Parking. In Kiev began a civil lawsuit for 1 million 300 thousand hryvnias. So much wants to recover midfielder “Dynamo Kiev” Denys Harmash with the utility, which serves an underground car Park on the Dnieper embankment. On the night of 5 December 2017 unknown persons have shot the car of the player. There were no casualties, but there are 14 holes and 18 liners. The plaintiff says that the blame for the Parking – because it did not provide protection. 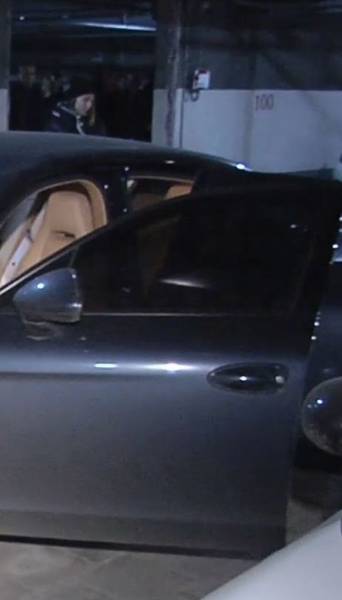 In the Parking lot – two entrances and two entrances. But in the day of the attack they were allegedly guarded by only one officer. The plaintiffs believe this is not enough to comply with the terms of the contract, which guarantees that any strangers on site.

The lawyer of public utilities, says: “Housing-service” guarantees the purity and neprocurement ceiling in the Parking lot. But not protection from bullies or terrorists.

Dynamo ensured the protection of the Garmash, whose car killed

“We are an operating organization, which according to the signed contract, it undertook to remove Parking – that is, to keep it in good condition. The obligations for the protection and preservation of the property, Denis Viktorovich we did not take. This damage must compensate the person who directly caused it, that is, persons who had been shot,” said the lawyer Taras Guzera. 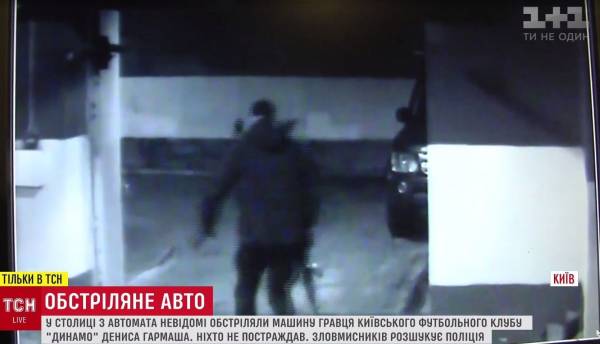 TSN
The man who shot at the car of Garmash.

The defendant wants to find out, not got any chance Denys Harmash insurance. If so, then the claim is entitled to bring only the insurance company. The lawyer footballer said that the car cost 4 million was not insured.

What’s next, the court will find out no earlier than October 30 the meeting was moved to this date. And the police the shooter with a gun was never found.