Brake hose: it became known as the hooligans stopped the train in Kiev 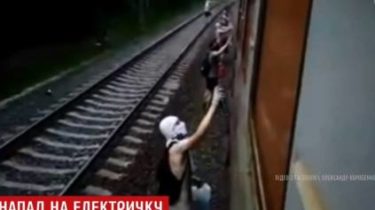 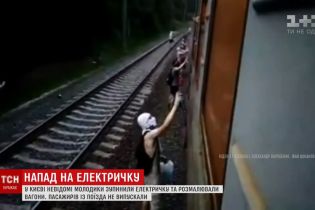 Brake hose: it became known as the hooligans stopped the train in Kiev

Inadequate young men stopped the train between stations “syretskaya” and “Vyshgorod” in Kiev. The attackers did in order to have the time to draw the design on the train, says the story TSN.19:30.

“Ran out about 20 people in balaclavas, who in t-shirts, one eye people can not see. And you may say, attacked the train began to spray from the cans, paint the train. The salon went strongly pungent smell,” said the victim ina Dmitruk. This prank almost turned into a tragedy, because the people who became hostages of the situation, sitting in cars and choking on the sharp smell of paint. “The train is blocked, door locked and nothing works. To get out of the train. All the cars really stank of God knows what and paint, and something else. The children are frightened. My child began to speak: I feel bad, can’t breathe,” says a witness of the incident.

Video settings in Kiev vandals stopped a train, painted it and threw stones

Inadequate young men stopped the train between stations syretskaya and Vyshgorod. And began to paint spray cars. When people started shouting from the Windows, they threw stones. The vandals kept the train almost half an hour in the heat, when the cars from suffocation Preli both children and adults. 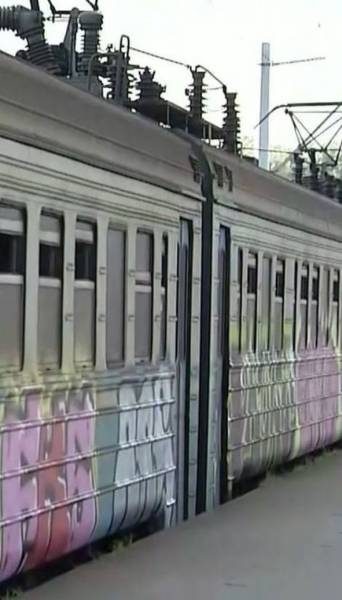 The head of Department on public relations “Kyivpastrans” Marina Zagorodka explains that technically to stop the cars is not very difficult. “Some guys climbed on the back of the train and opened the brake hose. When it opens, the air goes out and the train just stops. To train went back, he had to pump air. It’s about 20 minutes”, – she told. When the passengers began to shout at the hoodlums, Windows, stones flew. “Assistant engineer, when he walked to the back of the car, he just got sprayed in the eyes from the spray,” says Zagorodka.

In Lviv, the passengers blocked the movement of trains

When the train finally moved, people called the cops and medics to the next station. A few months ago a similar situation occurred in the river – a group of thugs took the train with passengers for the sake of artistic fun. A year ago in the capital, young people attacked the same Metropolitan train with bits. However, so far none of the attackers were not identified and not punished.