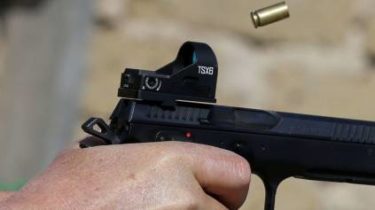 To the victim have rendered medical aid.

In Kiev on the street Tupolev was shot in the leg the man who rallied against the demolition of the garages.

In the capital declared the plan “Interception”, informs the police of Kiev in Facebook.

It is reported that the demonstrators blocked the road on the street Tupolev, which angered one of the drivers. The man got out of the car and shot the inhabitant of Kiev in the leg. After that, he left.

Now the police ask witnesses to the incident to establish the circumstances and causes of the conflict. The event information included in the Unified register of pre-judicial investigations, the criminal proceedings initiated under part 4 of article 296 (Hooliganism) of the Criminal code of Ukraine. The sanction of article provides till seven years of imprisonment.

We will remind, in the center of Kiev in Lesi Ukrainki Boulevard, the shooting occurred in the restaurant “Katyusha”. According to the administration, and the visitors, between the two companies was a conflict in which one of the men fired several shots. After that, all persons involved in the incident ran outside and disappeared.