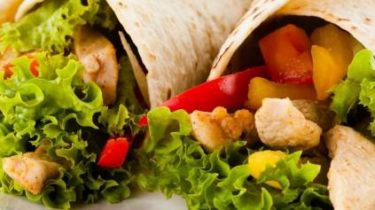 Experts find flagrant violations even in the center at the Independence square.

Mass poisoning Shawarma in Kiev laid on the hospital bed already 64 people, of which seremela children. The dish I tried in different districts of Kiev, and the state foods and consumer service noted that in the capital there is no legal kiosk where they sell Shawarma, says the story TSN.19:30.

Anton and Anna are horrified to remember the previous two days. “Everything was culturally adequate prices – not that any penny bought. And on the second day it became bad”, – they say. The couple claim that Shawarma eaten once a year and only where the tent was credible. So it was this time. “There were people in the queue. Some refused to wait, why are we not given”, – sorry Kiev.

Mass poisoning Shawarma in Kiev on hospital beds already 64 people, 7 of them children. All tried fast food in different districts of Kiev, and most of the suspicion on a salmonellosis. The state foods and consumer service, which is to control the stalls with Shawarma argue that in Kiev there is no legal kiosk where they sell Shawarma, and to inspect others can’t. 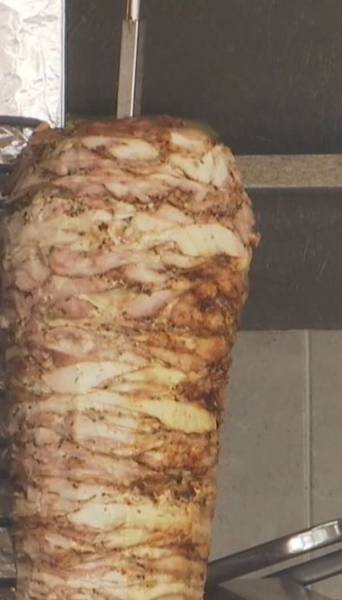 Head of infectious diseases ward in oleksandrivska hospital says that in her clinic got 23 people. Patients tried fast-food in different parts of Kiev – Darnitsa, hem and Obolon. All the suspected Salmonella. Likely, the pathogen was in the chicken. “With a good heat treatment Salmonella is killed”, – said Tatiana gajnutdinova.

In Kiev has doubled the number of victims of poisoning Shawarma

The shopkeepers have a problem of points of sale of meat, not saying where it came from chicken. Journalists with a specialist went to check the stalls in the center of Kiev – Maidan Nezalezhnosti. “Every time I check, I think: Oh, how nice that I do not buy Shawarma” – says the expert. And sees violation: no hot water, medical books at sellers, documents on chicken. The meat can be bacteria Staphylococcus, Salmonella or E. coli, also because of the lack of Windows parasites can settle on the products. Problems with sanitation and hygiene buyers are not deterred. “In front of it all was cooking, we saw it. And there is the will of God,” say the hungry people of Kiev.

The state foods and consumer service explain that in Kiev there is no legal kiosk with Shawarma, and check the installed needs the police. “The number of unregistered kiosks is measured not even by the hundreds. They are not registered”, – said the Deputy head of the service in Kiev Alexander Ovcharenko. City officials have already convened a meeting to once again to solve the issue of fast food, and the police are waiting for the examination results and explain that the guilty will face a fine or even arrest. Meanwhile, the victims are going after recovery to file a lawsuit in court.