Stolen shark belongs to the species of horned sharks.

From the aquarium in San Antonio, Texas, stole a small shark named Miss Helen. Thieves caught her, wrapped in a wet blanket and placed in a bucket of water, which, in turn, put in the pram. They then fled in a car.

Stolen shark belongs to the species of horned sharks, its length is 40 cm.

The theft involved two men and a woman.

Police arrested the thieves on a tip from local residents who recognized the car of criminals the footage from surveillance cameras.

The shark was discovered in the garage of one of the thieves. It is reported that in his collection there were a lot of fish and sea animals.

In Ireland a fisherman caught the largest shark in Europe, weighing over 680 kg (2 photos)

One of the suspects of crime remanded in custody. Offenders face a fine — the cost of sharks is estimated at two thousand dollars.

We will remind that earlier two Ukrainians on holiday in Egypt recaptured sharks the citizen of Austria. Shark attacked a man on the beach in Marsa Alam in front of hundreds of holidaymakers.

Video settings USA with the exhibition, the visitors stole the horned shark

Fish small, with a length of only 60 centimeters. Steal shark cyber criminals managed on weekends, when in a public aquarium had a lot of visitors. Employees say that the shark is pulled from the aquarium, put it in a towel and brought in the pram. The suspects were recorded by surveillance cameras. 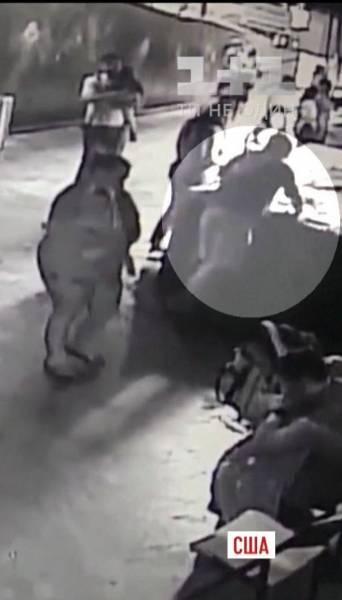