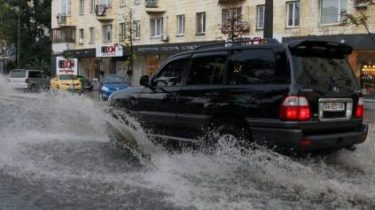 The mayor promises soon to open the renovated bridge, which suffered after the shower.

The mayor of Kiev Vitaly Klitschko said that the utility promptly eliminated the consequences of the hurricanethat swept the capital last week.

“In some areas of our town was a three-month norm of precipitation. Not a secret that the storm drains leaves much to be desired. In some places there are flooding. All utilities have been thrown on liquidation of consequences of. The work of public utilities can evaluate to eliminate these effects. I can say that for a few minutes the water in areas of flooding was not. Fell 800 trees, lots of billboards, flooding. The bridge was a little tempted, but the key structures remained intact. In a few minutes the effects were eliminated,” – said the mayor.

In the river due to the damaged collector impounded the street

According to him, the bridge at the intersection of prospect Mira and Cyril after the degradation does not pose a threat to drivers and pedestrians. “This bridge we rent after reconstruction in a few weeks. The bridge will be completely reconstructed. Do large streams of water were there, where there is construction, but no threat to those who used the bridge was not”, – said Vitaly Klitschko.

Videokarty the rain like a flood. What conclusions do the officials themselves flooded from summer rains

Every rain like a flood. Almost daily TSN tells how Ukrainian city after a rainstorm turn into an analogue waterfowl Venice, and, most of all the same. How to protect yourself from the usual elements for the future and what they say are responsible for ensuring that we had a “warm and fuzzy”? 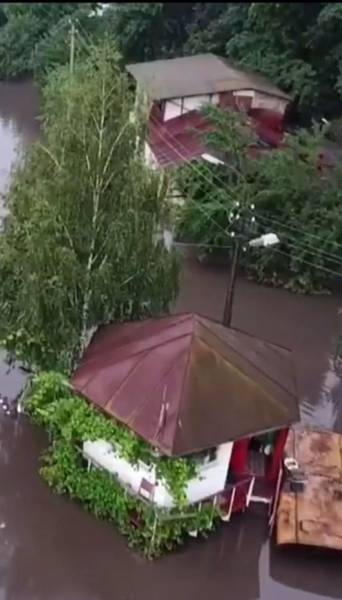