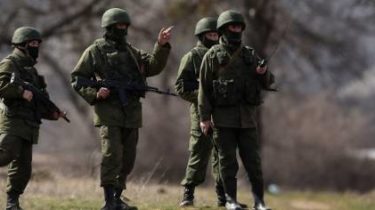 The shelling teenagers were injured.

The Russian military fired on a crowd of teenagers in the occupied militants Gorlovka, Donetsk region.

This was reported in the press center of the Ministry of defense of Ukraine, referring to the Main intelligence Directorate.

“In Gorlovka Russian soldiers having fun in a public place, were fired from automatic weapons on a group of young people”, – stated in the message.

According to the scouts, as a result, several adolescents had received fire wounds.

As noted, currently, the Russian command tries to conceal the crime, the investigation is conducted by representatives of the so-called “military commander” and was strengthened verification regime, individuals who go from the territory of Donbass to Russia in order to prevent the flight involved in the incident.

We will remind, for the last day, August 1, militants ORDA 21 times fired on the Ukrainian positions in Donbas, killing three APU fighters were injured.