The former shareholders have not withdrawn money from the Banking lawyers 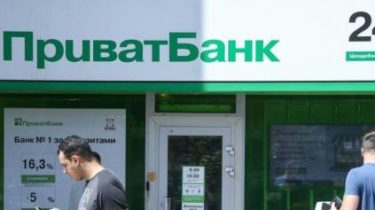 The former shareholders have not withdrawn money from the Banking lawyers

The hearing in court continues.

The former shareholders of nationalized “Privat” Igor Kolomoisky and Gennady Bogolyubov deny any allegations of fraud and causing losses during its control over the financial institution.

“They categorically deny any fraud, or that the Bank suffered any loss of funds”, – said the lawyer Igor Kolomoisky Andrew Lafferty, a partner at law firm Field Fisher.

According to Andrew Lafferty, at the hearing, which just ended, Igor Kolomoisky claimed that of the $ 1.9 billion, which the Bank claims he embezzled, was not even “good arguments for the claim” that he embezzled $ 1.65 billion of the money as he was able to clearly demonstrate that all the money returned to the Bank through the repayment of loans. The remaining $ 248 million to Igor Kolomoisky also claims that the money was returned to the Bank, and that Bank has not suffered any losses, but almost to prove this fact, according to lawyers businessmen at that hearing was difficult. However, if an English court accepts jurisdiction, Igor Kolomoisky will be to prove at the hearing on the merits, and that the money was also returned, says Andrew Lafferty.

The hearing, which lasted in London for 5 days and ended in late July, “there was a hearing on the merits of the claim PrivatBank against Mr. Kolomoisky and other Defendants. The decision, which will follow this hearing will not determine whether these charges are justified,” says Lafferty – “the hearing concerned private petitions Mr. Kolomoisky (and other defendants)”. At this court hearing, lawyers Kolomoisky and Bogolyubov tried to cancel the world for the seizure of assets of their clients and to challenge the jurisdiction of the English court.

During the meeting the representatives of the Bank presented the alleged evidence on a claim and judicial order of a world-wide seizure of assets, which was issued for securing a claim. “The claim, as a basis for a court order about the arrest of assets, includes statements that Mr Kolomoisky and Mr Bogolyubov misappropriated from the Bank $1.9 billion in 2014 through the conclusion of a number of alleged trades, which had the result of transferring funds to the companies they secretly owned or controlled,” – said in “PrivatBank”.

However, as commented Lafferty, “in order to obtain an Order to Freeze, the party only needs to demonstrate that she has “good arguments for the claim”, and not that she’s necessarily right. It is, in fact, a very low threshold”.

“Mr. Kolomoisky (and other defendants) argue, as they did all the time, all accusations of PrivatBank was incorrectly presented and fails”, – said the lawyer.