Drink of millions. Displayed on coubs all love so much beer 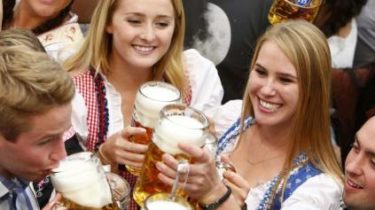 Drink of millions. Displayed on coubs all love so much beer

Not every drink has such a rich history and geography, as in beer.

On 3 August, the world celebrates international beer day. This year the holiday fell on a Friday, and that means it will be fun. Beer is associated with many traditions and legends – often, such as ancient as the history of the intoxicating beverage. Many of them cause both confusion and a smile.

Just imagine in the old days to check the quality of the drink the man had poured on the oak bench, a bucket of beer. Dressed in leather pants, the members of the magistrate sat on the bench and if none of them after a certain time could not tear myself away from the seat, this beer is considered suitable for consumption. 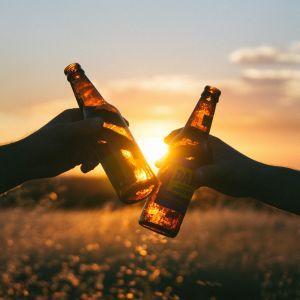 Interestingly, not every drink has such a rich history and geography, as in beer. This popular intoxicating drink was different peoples thousands of years ago and it still is.

About the culture of beer actually you can write a lot, because each country and even region has its own traditions. So we decided to tell kouba, for which we are so much in love with beer.

Lager or ale: what is the difference between two of the world’s most popular beer type. Interactive infographics

How the glass is filled, you can watch forever. It’s fascinating not less than the fire:

And maybe even more…

Of course, beer is the best drink for a cool rock concerts. By the way, you will be able like this?:

Such a device is probably a dream of everyone. Summer terrace, a beer and a favorite movie

If you are going with friends on a game, don’t forget to drink a glass of beer for your favorite team

But if going to the beach with a beer vacation will be more energetic, like Lebowski:

If such a device appeared in all the bars, we would have forever forgotten what the queue for beer

Music and beer. Beer and music. What could be better?

And sounds like that Friday. Let’s go celebrate with friends for a Day of beer!