The cyborgs: residents Experienced on the front compared his life with the difficulties of the defenders of DAP 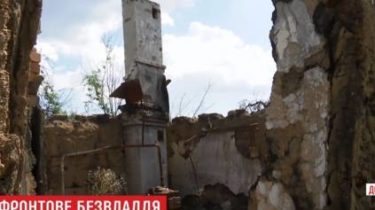 The cyborgs: residents Experienced on the front compared his life with the difficulties of the defenders of DAP

Civilians ask for the attention of the authorities to their situation.

Residents of several villages in the Donetsk region want to see at least some superiorsand their councils bombed or remained in the occupied territories. Through this people can neither be prescribed, nor to draw pension or to acts of destruction of their homes, according to a story TSN.19:30.

In a half-empty village near Avdeevka, Experienced local complain about the complete isolation of the road to the village closed. “We, as cyborgs. At the airport their own, we own. We are left with nothing,” says Natalia Shestakova on the remains of his house, which in 2015 just demolished a powerful projectile. But the woman still there is no paper that her property was destroyed by the war, because the commissions on the front line do not go and fix the damage otherwise it’s impossible. “They say that it’s dangerous, but at the end of hostilities will resolve this issue. And when they will end?”, – asks a resident of the village.

The Sand people, North, Water and development we want to see at least some local authorities. Councils or bombed, or remained in the occupied territories. People can neither be prescribed, nor to draw pension or to acts of destruction of their homes. 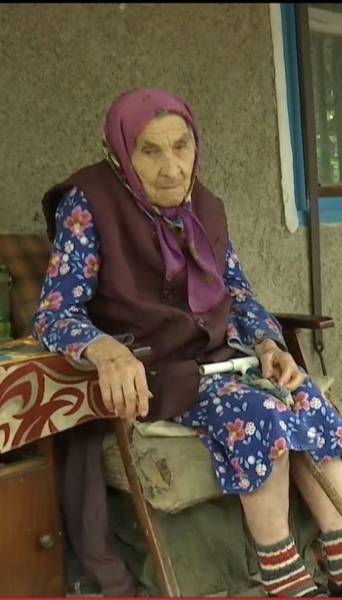 All that remains of the house are the keys, which she still keeps in Avdiivka, where renting a house together with her husband, diabetic and elderly grandmother. Fourth year people move from house to house. Before the war in the Experienced lived almost 800 people now barely half. How many destroyed houses, what repairs require no act no. Just ruins overgrown with bushes. “Within three years all overgrown, almost to the houses will not work,” says one local.

He is sure to prove damage to homes from war will be extremely difficult because of the survivors, but abandoned, destroying the trees that grow nearby. “Houses are falling apart on their own, without arrivals. If not done now, this can be attributed to natural disasters,” – says Rodion Lebedev. If there were acts that people could get some assistance from humanitarian missions, which for the local tangible, because people who have a year of living without electricity and water, and the products to deliver Experienced very difficult – has to carry more than 6 km from Avdeevka.

When the rains pour, the village is completely cut off in March, no one could go out. The problem at least partially solved would create a military-civil administration for the settlements of Pisky, North, Water and development. Then people could at least articulate the problem of power on the ground, but in the Donetsk administration believes that it is impractical to solve all issues should yasinovatskiy Council. She now works in Ocheretino, 35 km from Experienced. The last residents don’t even know where is this authority.