In the Donbass killed military 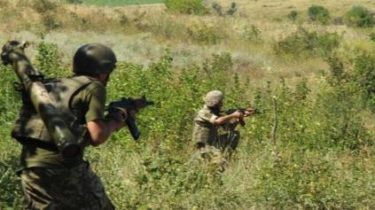 In the Donbass killed military

For 4 August, the militants in the Donbas 33 times opened fire on positions of the APU, including 1 time from heavy weapons.

This is stated in the message of environmental protection.

From the United forces, one soldier was killed and two policemen were injured.

According to intelligence reports, two militants were killed and one injured.