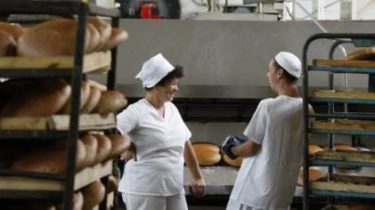 The cost of bakery products could grow by a third.

In Ukraine due to the rainy summer of significantly more expensive bow. Since the beginning of last week, the onion jumped in price by almost half.

Farmers sell it for 6 hryvnias per kilogram. Farmers complain about the weather, which spoiled the harvest. Because of the rains they were unable to process onions from pests, so it started to rot already in the fields. This is stated in the plot program “snidanok z “1+1”.

Meanwhile, due to the shortage of grain quality, which is caused by a dry June and wet July, the third rise in price of bakery products. President of the Association of farmers and private landowners Ivan Tomich noted that in some regions, heavy rains interfere with the harvest. This writes the League”. Business.”

“In some areas it rained for a month, more than 30 days no one went into the field. This is more than the period of harvest,” – said Tomic.

Expert agricultural markets Ukrainian club of agrarian business Peter Lahai said that “in the wet grain to actively develop fungal microorganisms, mycotoxins are allocated, and the grain is unfit even for animal feed”.

At the same time, the Chairman of the Board of “Kyivkhlib” Vladimir Succession reminded that the rates on grain and flour are rising every year, regardless of weather conditions and harvest.

“For example, in 2016 and 2017 years in the Ukraine has harvested a record wheat crop, but the price decline was not. The main part of the grain is exported, and the price of wheat for the domestic market formed in the port and depend on the exchange rate,” said Series.

Earlier it was reported that due to weather vagaries, the prices for vegetables and fruits increased by 5-10%.

Ukrainians are preparing for the winter, buying vegetables and fruits in the capital markets. The most affordable products – tomatoes, cucumbers, plums and apricots. But despite the season, the fruit and vegetable basket this year is not affordable for everyone. Due to weather the vagaries of the prices increased slightly by approximately 5-10% against the previous year. When cheaper vitamins in the winter and that are grown on their own vegetable gardens Ukrainians – recognized journalists TSN. 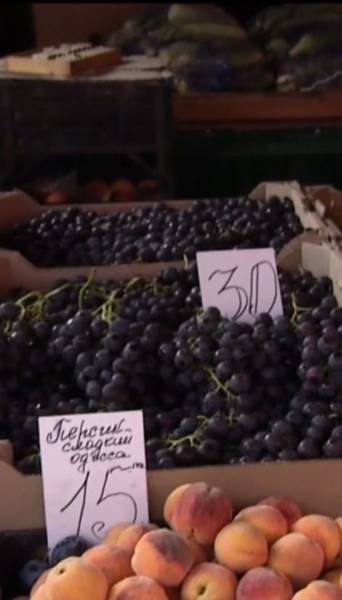