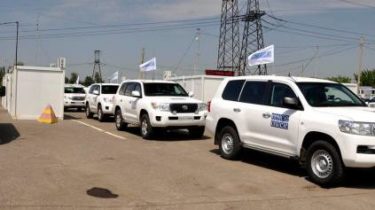 Russia wants to hide the disaster in the East of Ukraine.

Russia and the rebels want to hide the real catastrophic situation in the Donbass, so always block the work of the staff of the Special monitoring mission of the OSCE.

About this Twitter wrote the representative of the US state Department on Affairs Kurt Volker.

“Russia and its forces regularly block SMM OSCE, in violation of its obligations. Russia doesn’t want the world to see the humanitarian, economic and environmental disaster that she created in the Donbas. It is time for peace for Ukraine”, – said Walker.

Russia & its forces routinely block @OSCE_SMM in violation of its commitments. doesn’t want world to see that it has created an humanitarian, economic, & ecological disaster in the #Donbas. It’s time for #Peace4Ukraine https://t.co/4kgXf4h8Ti

We will remind, on August 3, the first Deputy Chairman of the OSCE SMM Alexander hug said that the gunmen hindered the observers access to objects and areas in the East of Ukraine, especially in the area of Novoazovsk, sometimes “under the threat of arms”. At the same time, the OSCE notes that in July in the occupied Donbas the number of heavy weapons and military equipment has grown in 8,5 times.