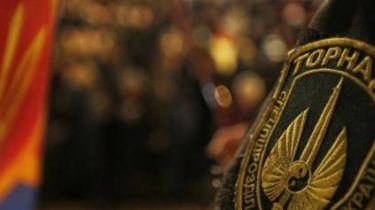 Police opened criminal proceedings on the fact of injury of the employee Lukyanovka jail in Kiev during a riot by ex-fighters of a specialcompany of militia “Tornado”, who are accused of forming a criminal group, torture, murders and kidnappings.

“The information included in the Unified register of pre-judicial investigations under article 348 (attempt on the life of employee of law enforcement body, the member of public formation on protection of a public order and state border or a serviceman) of the Criminal code of Ukraine. The sanction of article provides from 9 to 15 years of imprisonment or life imprisonment”, – is spoken in the message.

“The encroachment on life of law enforcement” – according to this article, open criminal proceedings because of the rebellion of the ex-soldiers of the battalion “Tornado” in Lukyanovka jail. Yesterday, they closed in an economic room with hammers and didn’t let her police officers. All these are “tornados” was shot on a mobile and led the stream in social networks. As explained in the Ministry of justice, “tornados” convicted of serious crimes in the area of ATO, wanted to organize riots in the prison and encouraged other inmates. When they tried to stop, used the explosive packages made of matches. 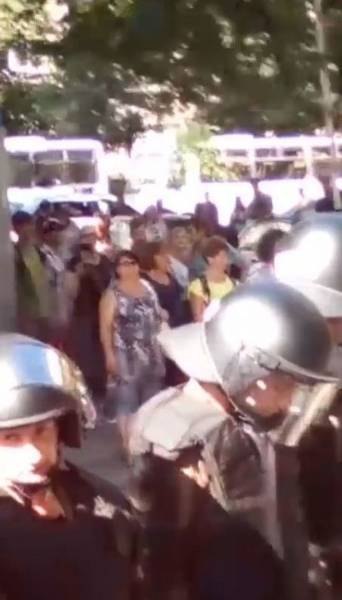 According to the Ministry, senior Lieutenant of internal service received an injury. Now the pretrial investigation proceeds.

We will remind, on Thursday, August 9 morning aboutBinyamin former fighters of a specialcompany of militia “Tornado” was transported from Lukyanovka jail, but the detainees resisted and barricaded himself in the chambers of the insulator. Their transfer had to involve the National guard.

The prisoners tried to resist the law enforcers, in particular, is “threatened with physical violence and murder, doused law enforcement officers with gasoline and tried to set fire to, and also threw improvised explosive device stuffed with metal objects, whereby the latter is caused by bodily injury”.

As prosecutors found out, the riot in Lukyanovka jail has risen from-for searches, as prisoners were engaged in extortion and had weapons.