The court dismissed the case against Kernes 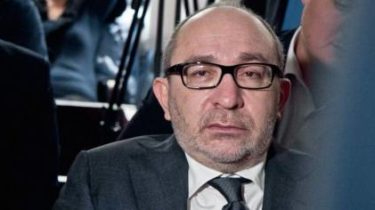 The court dismissed the case against Kernes

The decision can be appealed within seven days.

10 Aug Poltava Kiev regional court closed the case against the mayor of Kharkiv Gennady Kernes and his guards.

They were suspected of kidnapping and death threats activists of the Maidan in winter 2014.

“A month ago, the court decided to abandon the debate, as representatives of the public prosecution, victims and their lawyers did not appear at several meetings. Protection Kernes, referring to the law on the protection of human rights, asked the court to go to the jury room and decide the fate of the case,” said the court.

Kernes after the court hearing, called the case fabricated, but is awaiting appeal.

According to the judge, the decision can be appealed within seven days.

We will remind, the mayor of Kharkov Kernes and his guards are accused of kidnapping, torture and death threats activists of Kharkiv “Euromaidan” Alexander Kutyanina and Sergey Ryapolova.

January 25, 2014, unknown persons attacked the participants of the March in support of Euromaidan in Kharkov. On the same day the Deputy of Kharkiv regional Council, Ivan Varchenko (“Batkivshchyna”) announced the abduction of two activists of “Euromaidan” – Alexander Kutyanina and Sergey Ryapolova “after they removed the car number plates “friends Kernes” near the hotel “national”. Later, the Department of public relations of GU Ministry of internal Affairs of Ukraine in Kharkiv region reported that the information about the kidnapping of activists Bromide” was not confirmed.

26 Mar 2015 GPU handed over to the court indictment in criminal proceedings against Kernes and his two bodyguards.

Videosu staged a large-scale searches of Kernes and his subordinates