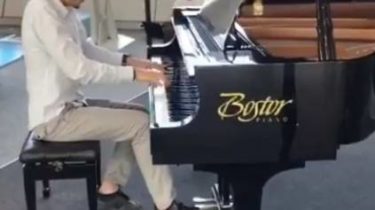 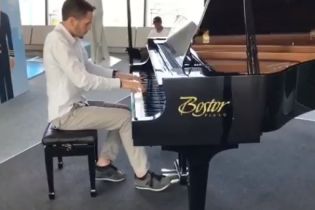 Video games with his soulful Anton posted in Facebook.

In the comments to the video users admire the versatile talents of the journalist. and some joke that after such an inspired game won’t release him from Poland.

Anton said Dnia that when he sees the piano immediately sets him to play. Because of the work time on music he doesn’t have, he never misses an opportunity to play for free piano. And the opportunity presented itself in the airport in Warsaw.

“At the airport the piano very well set up, sound quality, and good acoustics. The sound of the instrument is heard almost throughout the terminal,” – said the journalist.