In anticipation of the collapse. In Kiev launched a large-scale renovation of the overpass on the Lot 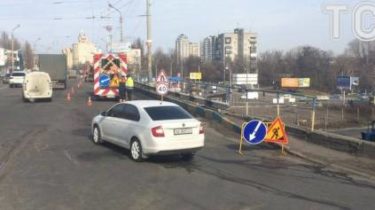 In anticipation of the collapse. In Kiev launched a large-scale renovation of the overpass on the Lot

The work will last for a year.

Kiev – in anticipation of traffic jams that will start long before September 1. Next Saturday at the capital City needs to cover the emergency overpass and finally to begin repairs.

Reconstruction of the interchange was to begin in may, however, project approval and tendering was delayed. Now an overpass clean tents and imported construction materials, says the story TSN.19:30.

Morning City for the fourth consecutive day awake working. Usually dismantling the capital’s kiosks continues with noisy clashes between entrepreneurs and public utilities, but not this time.

In Zaporozhye people demolished a construction fence. In the city are fighting for the Park, which was cut down for the sake of the SEC

Tired bridge your emergency blocks repeatedly hinted at the need for immediate repair. Two fires, he added color and has forced officials to move. In the city hall chose the project of the so-called three-junction. This will demolish one of the shops of the plant Bolshevik. The cost of the works amounts to almost a billion hryvnia, deadline. Construction equipment near the overpass yet quietly. However, broke village for the builders, and set a guard.

Urban planners warn that the movement on the Lot is partially restricted since the 18th of August and will begin an active phase of reconstruction. Drawn schematic of detour are already waiting for installation. Capital drivers are preparing for the September traffic jams.

Videokeep in anticipation of traffic jams. From Saturday on the Lot will block emergency bridge

Kiev in anticipation of the next transport collapse. It starts long before the first of September – and not just because of the holiday. Next Saturday at the capital City must cover emergency bridge and finally to begin repairs. Reconstruction of the interchange was to begin in may. However, the approval of the project and the tendering process was delayed. Now an overpass clean tents, but imported building materials. 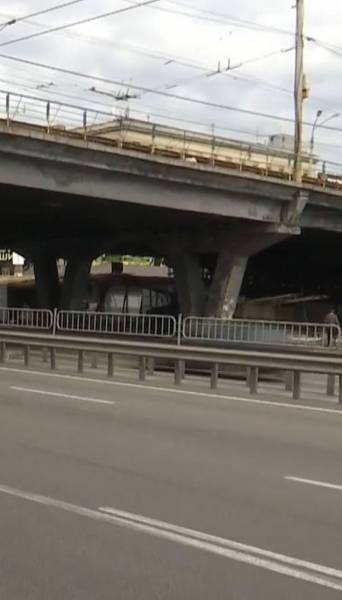