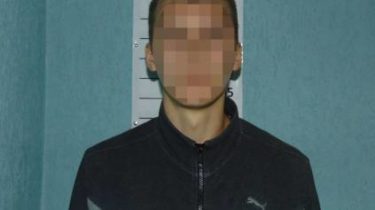 The court sentenced him to two years probation.

Podolsky district court of Kyiv has sentenced 21-the summer inhabitant of Kiev who attacked a patrol officer.

About it reports a press-slujba the Metropolitan police.

In April of this year, the crew of the patrol stopped a Mitsubishi for a traffic violation. The driver of the car was aggressive, swore and tried to leave the scene. Caught up with the offender, the police asked him to get out of the car, but he refused, and when he was detained, repeatedly struck a police officer.

In the end, the man received three years in prison with a probation period of two years.

Recall that in the Chernivtsi group of young men attacked a patrol. The cops tried to stop the car, which gets a description, but the driver began to run away. During the chase, the car hit the woman. Then the car with the young people on speed knocked down a fence and crashed into a tree. It went four people. While on patrol one of them was handcuffed, another pushed a COP. As a result of collision two cops received injuries.