The robbery of the capital yuvelirki made foreigners – police 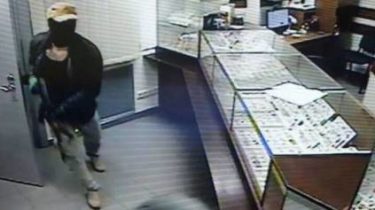 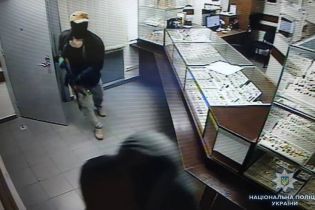 The robbery of the capital yuvelirki made foreigners – police

The search for the attackers continues.

The Metropolitan robbery of a jewelry store involved foreigners.

This was reported in the police of Kiev.

According to militiamen, attacked a jewelry store communicate in a foreign language, and to the security guard and the seller, one of them spoke in Russian.

“According to witnesses, the crime took several minutes. They are well oriented in the store: this is evidenced by the fact that the attackers took mostly jewelry with precious stones. The final amount of damages will be determined after inventory,” informs the acting chief of the National police in the city of Kiev, Viktor Nechytailo.

It is also known that the attackers were seriously preparing for the crime.

“The thieves clearly planned the robbery at the store: they chose a convenient time, when in the city with no traffic, figured out escape routes and the place of a bullshit machine. Even the fact that she burned the car, which was used during the attack, says that they tried to destroy evidence: it was in the cabin found the weapon, which they likely used during the robbery,” said Nechitailo.

The search for the attackers continues. The perpetrators face up to 15 years of imprisonment or life imprisonment.

We will remind, three criminals in masks broke into a jewelry store. They opened fire on guard of the rifle and pistol. Next, the gang robbed the store – made jewelry and money. They then fled the scene on a Peugeot 307 blue with the numbers 3604 AA TH.