Kiev has returned the historic building on the street Sagaydachnogo 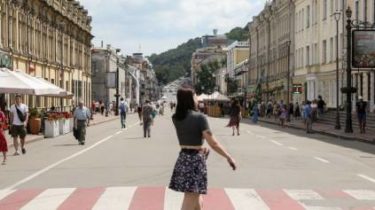 Kiev has returned the historic building on the street Sagaydachnogo

We are talking about building with an area of 2.5 thousand square meters, located in the Podolsk district.

City Prosecutor’s office has taken a return to communal ownership of the monument on the street Sagaydachnogo, 20/2 in Kiev.

Building with an area of 2.5 thousand square meters was built in the nineteenth century and for over 60 years, they used to house the military Commissariat of the Podolsk district.

In 2008 city Council decision and entered into the illegal transaction, the monument was transferred to the property MCHP “Akvadon” – the company registered at that time in Donetsk.

In 2009, the attorney is required to return the premises to the municipal property, as in fact happened privatization, but without legally defined procedures. In addition, the transfer of the monument took place in violation of the law on the protection of cultural heritage.

The Kyiv Prosecutor’s office appealed to court with the claim about return of property in property of a territorial community of the capital.

Judicial decisions of the Kyiv Prosecutor’s office appealed to the Supreme Court, which on 13 June satisfied the cassation appeal of the Prosecutor and decided to return the monument in the property of the territorial community of the capital.

It is known that courts of first and second instance denied the claim, but the Supreme court satisfied the cassation appeal of the Prosecutor and decided to return the monument of architecture of Kiev.