The Metropolitan government has restricted the movement of trucks in Kiev 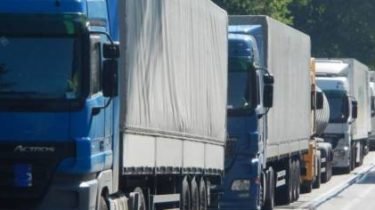 The Metropolitan government has restricted the movement of trucks in Kiev

Restriction is imposed due to a significant increase in temperature.

In Kiev because of the heat restricted movement of trucks.

About it reported in a press-service of the Municipal Corporation “kievavtodor.”

“The municipal Corporation “kievavtodor” reminds that according to the decree of the Executive body of Kyiv city Council (Kyiv city state administration) dated 07.07.2012 No. 1173 “About restriction of movement of supersize vehicles on the streets and roads of Kyiv in connection with the increase in temperature” during the period when air temperature reaches +28 º C, a limitation of traffic on the road network of Kyiv for heavy vehicles weighing over 24 tons and with axle load more than 7 tons”, – stated in the message.

The participants of the road! The municipal Corporation “kievavtodor” recalls that in accordance with the decree…

We will remind, earlier weather forecasters predicted the coming days, a record for this summer 37 degree heat. This will be on the South and East.