Police officer who beat a man in the subway, announced suspicion 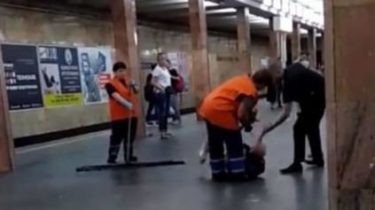 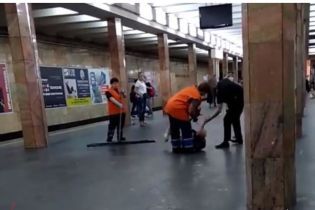 Police officer who beat a man in the subway, announced suspicion

The issue of dismissal and remand.

In Kiev, metro police announced a suspect for beating a man at the station “Kontraktova square”. Reports a press about it-service of Prosecutor’s office of Kiev.

The incident took place on 8 July this year between 23-year-old police officer and a 62-year-old victim there was a verbal conflict that escalated into the beating. Since July 10, the Prosecutor’s office was investigating the incident and the results of a survey of participants of the conflict, the staff of the metro and passengers who witnessed the incident, came to the decision on the award of suspicion.

“Verbal skirmish has outgrown in the conflict, during which a police officer without apparent need struck the man at least 10 blows with fists and with a rubber truncheon on the head, body, and legs. While police did not stop the beating men, even when the latter fell to the floor and is not represented for it danger”, – stated in the message of Prosecutor’s office.

The police officer was notified of a suspicion under article 126 of the criminal code (Beatings and torture). Also, prepared the petition for election to it measures of restraint and removal from office during the pretrial investigation.

The policeman, as seen in the video from the Network first baton vengeance hits lying man. When going around the audience, along with a cleaner pull the man along the platform, away from human eyes. What did the passenger of the Moscow subway, for which a police officer decided to punish him by force – on the spot – militiamen promise to tell soon.