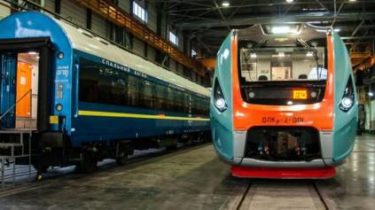 The tender was won by krukivsky carriage works.

The corresponding tender was won by Kryukovsky railway car building works (Kremenchuk, Poltava region). He won the competition at the Kharkov wagon building plant. This is stated on the website of public procurement Prozorro.

The total amount of the transaction is 1 billion 520 million 638 thousand. The company will produce cars of four types. 21 car – sleeping compartment, in the amount of 588,9 million. Compartment cars type SV – 20 pieces, worth 550,5 million. 11 compartment cars with a coupé-the head of the train will cost 316,6 million. For international shipments we ordered two carloads to 64,6 million.

Recall that krukiv wagon will be retrofitted locomotives produced by the American General Electric, which bought “Ukrzaliznytsya”.