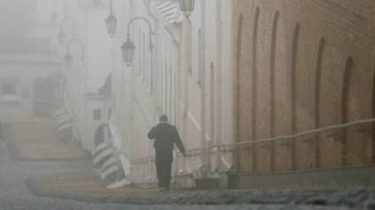 The accumulation of harmful impurities in the air contributes to the weather.

In the coming days in the capital will be meteorological conditions that contribute to the accumulation and retention of contaminants in the air, according to the SSES.

So, the daily high temperature, weak wind and the night late in the layers of air will last until August 16.

As noted, 13-14 August, the level of pollution by nitrogen dioxide reached 5 the average daily maximum permissible concentrations in the areas of the areas of Bessarabia and Demeevskaya, Dovzhenko street and Victory Avenue.

As the human body is affected by polluted air. Infographics

The level of contamination with formaldehyde had reached 5 – a 7.7 average daily MPC in the areas of streets Popudrenko, Dovzhenko, Kaunas, Kiev avenues and Victory Boulevard Lesia Ukrainka, Bessarabian and Demeevskaya areas.

Attention residents and guests of the capital! Ukrainian hydrometeorological center warns of high levels of air pollution in the city…

We will remind, in the coming days in Ukraine will be very hot in some regions the thermometer will show up to 36 degrees. In Ukraine, in addition to most of the districts of the Transcarpathian, Lviv and Volyn regions will be extreme (grade 5) fire danger levels. 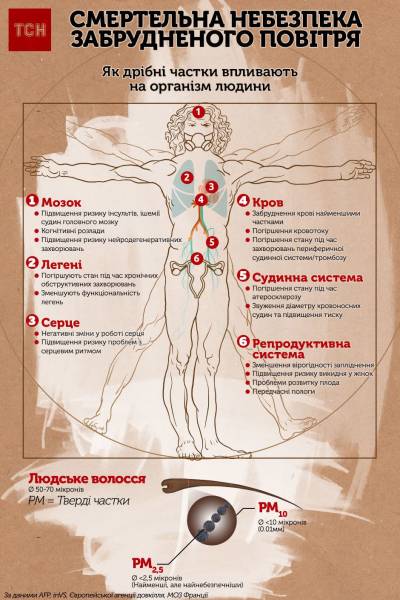