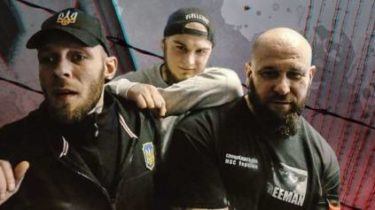 Ex-head of Department had a flag from banned in the Ukraine symbols.

The court upheld the move of the convicted ex-soldier company of special purpose “Tornado” of Lukyanovka jail in the detention center on the territory of Kyiv region. The man, whose name is not called, the press service of the Prosecutor General, complained after the massive riot last week, says the story TSN.19:30.

Curbed it, police have taken three of the seven inmates to other jail. TSN got the footage, convicted of robbery, robbery and rape of ex-tornadovtsa showed willful disobedience to militiamen. They even set fire to a petrol bomb, which injured one of the commandos.

The court upheld the move of the convicted ex-soldier of the battalion “Tornado” of Lukyanovka jail in the detention center on the territory of Kyiv region. TSN got the footage, convicted of robbery, robbery and rape showed willful disobedience to militiamen. They even ignited incendiary mixture. In the chamber the former commander Ruslan Onishchenko found a flag with Nazi symbols. 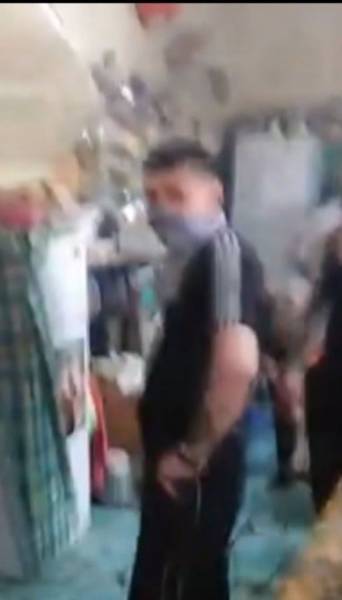 In the camera the police found melee weapons, torches, a few liters of strong alcohol. And the ex-unit commander Ruslan Onishchenko found the flag from banned in Ukraine Nazi symbols.

“Covering their machinations”. The lawyer accused Matios in fake allegations against “tornadovtsev”

As reported, the morning of August 9, the accused former fighters of a specialcompany of militia “Tornado” staged a rebellion against the convoy of Lukyanovka jail. The detainees resisted and barricaded himself in the chambers of the insulator. Before their convoy had to join the National guard. For assistance to ex-fighters of “Tornado” in the organization of the revolt will be punished two employees of Lukyanovka jail. This was reported by press Secretary of the Deputy Minister of justice of Ukraine Yuriy Maslak.