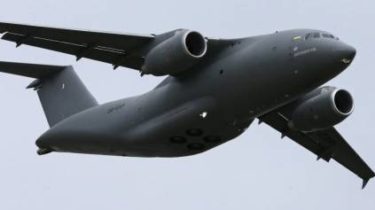 The event will take place on August 24 on the Khreshchatyk in Kiev.

Independence Day of Ukraine, August 24, on Khreschatyk street in Kiev during a military parade will show the new transport aircraft An-178 lifting capacity of 18 tons the development of GP “Antonov”.

About it writes “Interfax-Ukraine” citing a source in the defense sector.

“As planned, the parade of military equipment in the capital on the occasion of independence Day of Ukraine will be presented and An-178 new transport,” – said the source.

This will be the premiere public showing of the An-178 in Ukraine in the event of such level.

“In Ukraine, the An-178 showed only the experts. A broad audience of Ukrainians see the new freighter at a military parade for the first time,” said the source.

Recall, the first An-178 was demonstrated with success on the world’s leading professional markets: international aerospace exhibitions Le Bourget-2015 (France) and Farnborough-2018 (United Kingdom), where he became one of the main events.

The an-178 is created to replace the An-12, according to experts, in some regions it can also be a modern replacement of the Franco-German C-160. The aircraft has a modified fuselage, a ramp for loading and unloading of bulky cargo, it can transport up to 18 tonnes of cargo, including heavy-duty shipping containers 1C.

In the production cooperatives for the programme of the An-178 involved about 200 companies from 15 countries. Interest in the new Ukrainian freighter previously confirmed UAE, China and Azerbaijan. Antonov is negotiating with the European NATO countries on a joint development program of the An-178.

Note that in a military parade in the capital this year is expected to be a broad presentation of new weapons and military equipment created by domestic military-industrial complex. Among them, the missile and artillery armament: PTRC “Peregrine Falcon”, a high precision system of volley fire “Alder”, the automated systems of volley fire “Verba”, 155-mm self-propelled guns, “Bogdan” and the like.

In London opened the 50th anniversary exhibition. This year Ukraine demonstrates freighter “An-178” and the updated range of its aircraft. 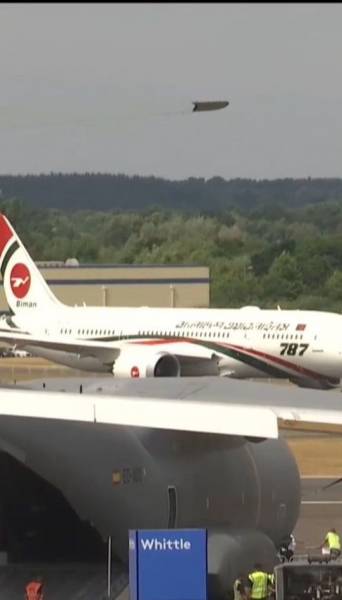