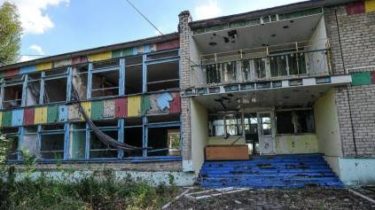 Funds must come next year.

In 2019, the government of Lithuania will provide Ukraine with about 1 million euros.

This was after a meeting with the Ambassador of Lithuania Marius Yanukonis Chairman of the Donetsk regional military-civil administration Alexander Kuze.

“Next year the government of Lithuania plans to allocate from the budget about one million euros to support Ukraine. The fundamental decision has already been made. This was during our meeting in Donoghue said Ambassador extraordinary and Plenipotentiary of the Republic of Lithuania in Ukraine Marius Janukonis. According to him, the funds Lithuania wants to provide support for the settlements, the victims of Russian military aggression,” wrote CuCl in Facebook.

The parties discussed the list of projects requiring financing: schools, water supply, checkpoints. The final decision, where to send financial support will the government of Lithuania.

Next year, the government of Lithuania plans to allocate from the budget about one million euros to support Ukraine. A fundamental decision for…

Recall, the U.S. Agency for international development (USAID) will provide for the development of the economy of Donbass $ 125 million.