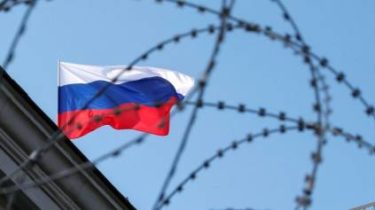 Three citizens of Russia wrote letters to the Russian President Vladimir Putin with a request to exchange them for Ukrainian prisoners.

This was announced on his page on Facebook Authorized the Verkhovna Rada of Ukraine on human rights Lyudmila Denisova.

“And then received an application from the citizens of Russia, contained in the Ukrainian prison in the name of the President of the Russian Federation with a request to exchange them for one of Ukrainian political prisoners,” she wrote.

According to Denisova, today, August 16, has sent applications for another three prisoners.

“The statements were written Hajiyev Ruslan Gualavisi, Kirakowski Igor Vladimirovich (GU “Bakhmutsky Agency of execution of punishments (No. 6)”) and Meadowy Eugene I. (SE “Mykolayiv remand prison”)”, – said the Ombudsman, assuring that these and other statements will be sent to the foreign Ministry that they were sent by diplomatic mail to the presidential Administration of the Russian Federation.

And next received an application from the citizens of Russia, contained in the Ukrainian prison, to the President of the Russian Federation…

Earlier, the 11 citizens of Russia, who were convicted and are serving their sentences in Ukraine, written statement to the President of the Russian Federation Vladimir Putin with the request to return them to their homeland in exchange for one of Ukrainian political prisoners.

According to the first Vice-speaker of the Verkhovna Rada Irina Gerashchenko, the President of Ukraine Petro Poroshenko is ready to pardon them.