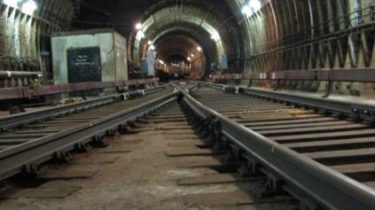 The tender for the construction of the metro line on the Husbandman in Kyiv cost UAH 6 billion, can win the Russian-Ukrainian businessman Vladimir Petruk.

Last week, the media reported about the three participants of the tender for the construction of Syretsko Pechersk metro line from the station “Syrets” for residential Tenants. Their proposals filed company “Interbudtunnel”, “Kievmetrostroy” and “Construction company” adamant (today knocked out of the process).

Meanwhile, users of social networks noticed the fact that one of the companies, in particular – “Interbudtunnel”, is businessman Vladimir Petruk. He is the Chairman of the Russian construction Association “Interstroymontazh”, which is now building a subway in Moscow, given Russia won in the contracts, may be located in close ties with the Kremlin officials.

The publication notes that he Petruk recognizes that it has a wider interest in the construction industry of the Russian Federation.

“We came to the Russian market in 1996 and have extensive experience in the Northern regions of Russia. For example, in 90-e years we built the first glass building in the far North in the Khanty-Mansi Autonomous district, which operated until now,” he said earlier in an interview with “Komsomolskaya Pravda”.

In addition, the businessman involved in construction scandals in Ukraine. Earlier his company won tenders without competition for various contracts in the capital. One of the episodes remembered on his page on Facebook the Ukrainian writer Dmitry vovnyanko. 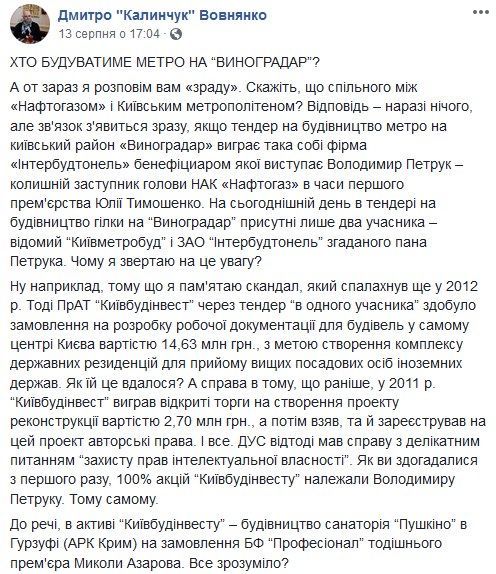 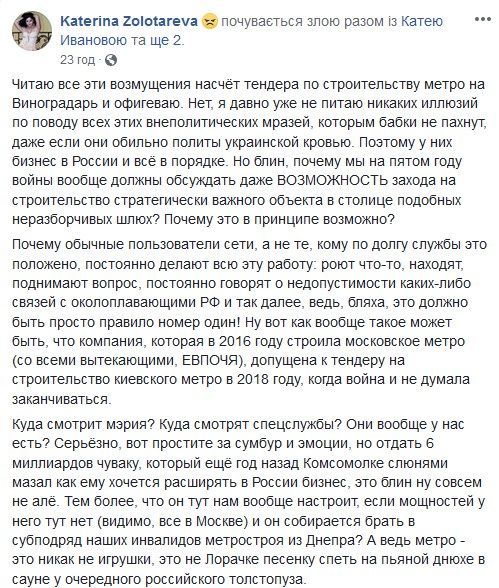 Petruk also has experience of metro construction in Russia. As you know, these contracts often get close to the Kremlin authorities and businessmen. 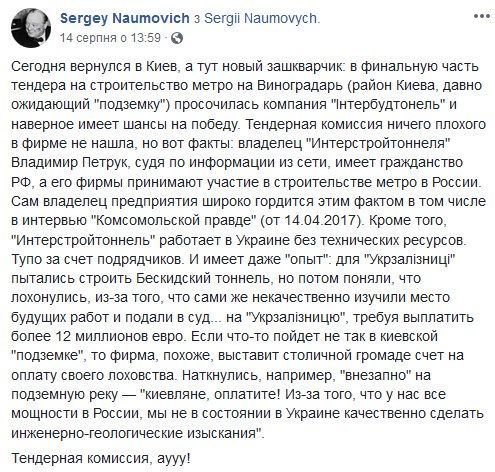 Netizens also expressed the opinion that the company will be able to win the tender, as the economic factors are in the first place. 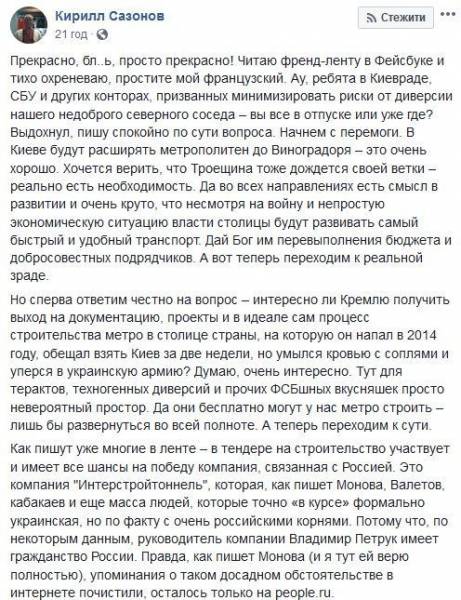 Famous Ukrainian bloggers also protested the fact that the businessman during the war between Ukraine and Russia given interviews to publications with a well-pronounced anti-Ukrainian position. 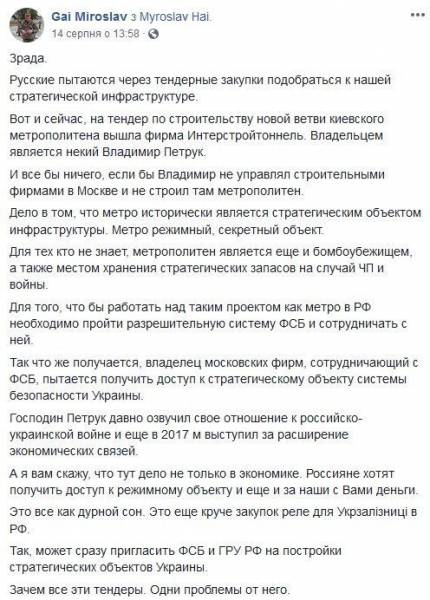 As you know, the highway section will pass through the territory of Shevchenkivskyi and Podilskyi districts of Kyiv. Facilities on-site depots will be located in the Podolsk district.

Involves the construction of two metro stations – “Mostyska” and “Truth”, and also branches in the direction of the future station “Husbandman.”

The financing costs for the construction of metro line will be at the expense of the city budget under the Programme for economic and social development of Kiev.