Prosecutors appealed the closing of the court case Kernes 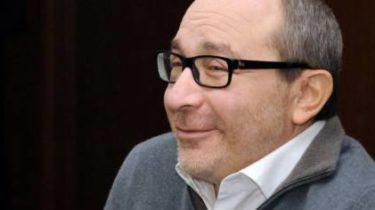 Prosecutors appealed the closing of the court case Kernes

On Thursday the General Prosecutor’s office appealed the court’s decision in Poltava, who discontinued the proceedings against the mayor of Kharkiv Gennady Kerensa. The defendant in this case was charged with criminal acts during the events of the revolution of Dignity.

“Today, August 16, the Prosecutor General’s office established order appealed to the Kyiv district court of Poltava on the decision of this court on the closure case against G. Kernes,” – said on his page in Facebook press-the Secretary of GPU Andrey Lysenko. On the comment about what the appeal could be dying, he replied: “Time will tell”.

As reported, on August 10, Poltava Kiev regional court closed the case against the mayor of Kharkiv Gennady Kernes and his guards. They were suspected of kidnapping and death threats activists of the Maidan in winter 2014. The Prosecutor’s office believes that the case was closed illegallybecause the prosecutors simply were in the hospital and not skipped the meeting. “The judge who in violation of all legal norms made the decision to close the case Kerneswill be responsible for the manifestly unjust decision. And dembelsky chord will not help. Case Kernes, without a doubt, must be returned for consideration for adoption of an objective verdict,” said Prosecutor General Yury Lutsenko.