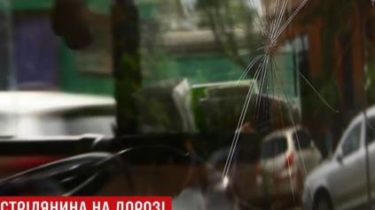 The cause of the incident was a conflict on the road.

In the capital , the bus driver and the motorcyclist does not share the road, leaving one in hospital and another detained by police. There was a quarrel because of a traffic violation, according to a story TSN.19:30.

All occurred in the afternoon near the metro station “Nivki”. A colleague of the victim driver Michael Dumansky came one of the first and saw at the scene of the conflict the bloody driver and the motorcycle. “The owner of the motorcycle against the driver used the traumatic weapon, fired 11 bullets. There is damage to the head, chest”, – he explained.

In the capital, the bus driver and the motorcyclist does not share the road. According to militiamen, there was a quarrel from-for violations of traffic rules. Driver in hospital with head injuries and chest, the shooter has been apprehended. Both drivers were sober. 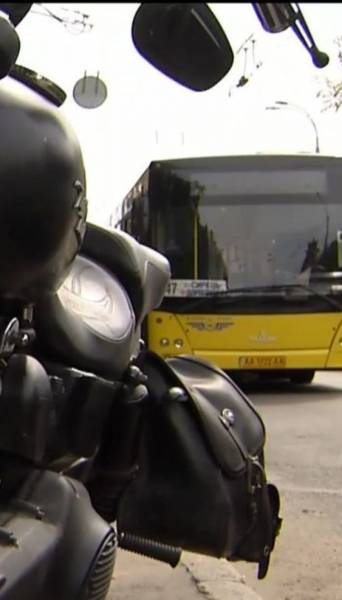 According to the patrol, most likely the drivers did not share the road. “First and foremost is the violation of traffic rules one of the drivers. And second, this ethics on the road. Just one driver couldn’t keep silent when some incorrect movement of the other,” – explained the police. They have detained the driver of the motorcycle. The man confessed to the crime.

In Lviv, a motorcyclist shot the driver for violation of traffic rules

Bus driver with multiple injuries was taken to the hospital. “The patient is stable, non-life-threatening”, – assured the doctors. According to preliminary data, both drivers were sober. The investigation in this case continues.