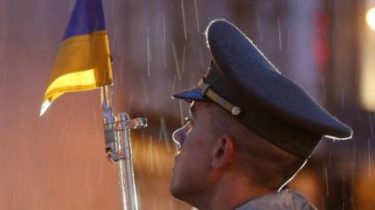 In it will be attended by 4.5 thousand soldiers.

On the night of 17 August on Khreshchatyk held a rehearsal parade for Independence Dayon 24 August.

This is stated in the story TSN.Sores.

“Glory To Ukraine!”. During a rehearsal parade for Independence Day military learn to pronounce a new slogan

The military worked out their routes on the main street of the capital, and learned how to go and where to turn. According to them, on Independence Day will be a Grand event.

In the defense Ministry announcedthat on Khreshchatyk will walk four and a half thousand soldiers, among them will be first and the women’s division. In addition, the Central street of the city will leave about 250 units of equipment and can be used and aircraft.

We will remind, at a military parade in the capital this year is expected to be a broad presentation of new weapons and military equipment created by domestic military-industrial complex. Among them, the missile and artillery armament: PTRC “Peregrine Falcon”, a high precision system of volley fire “Alder”, the automated system of volley fire “Verba”, 155-mm self-propelled guns, “Bogdan” and the like.

Videopovtora to the parade: on the night Khreshchatyk columns Chagall military

On Khreshchatyk night the columns went, and even ran the military – so they were practicing for the parade on independence Day. The military practiced their routes, the main street of the capital, and learned how to walk and where to turn. August 24, assure, will be a huge affair. 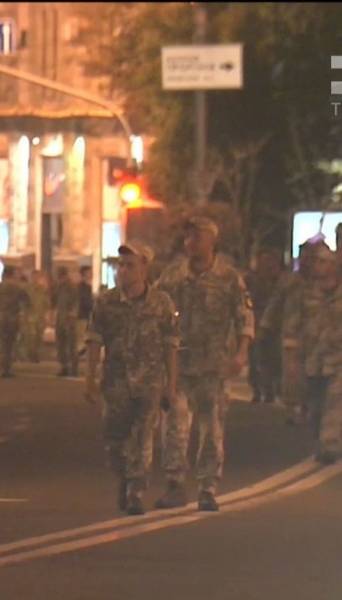