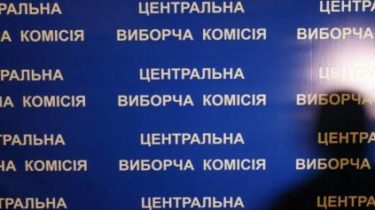 The number of views on the election in GSS is changing all the time.

This was stated by Deputy Chairman of the CEC Zhanna Usenko-Black, writes UKRINFORM.

“After the decision of the constitutional court in Ukraine has changed the legal reality, the question arose about the renewal of the law “On all-Ukrainian and local referendum” (1991 ed.), in this regard, there is a right of citizens to hold individual questions for local referendums. Given that the CEC should protect the rights of citizens to participate in local referendums, that is what the Commission and asked the Committee to more deeply analyze the electoral law and the law on local referendum and make the weighed decision”, – said the Deputy Chairman of the CEC.

So, according to her, the CEC, in addition to the views of the state administration regarding the appointment of elections in the GSS, enter the addresses of citizens “against certain processes that you want local referenda on these issues,” the Commission therefore should adopt a “balanced decisions, to take into account all points of view and decide all appeals on the basis of the law.”

However, Usenko-Black has ensured that all elections in the GSS, the submission on the appointment which has already received and continues to receive the CEC will be appointed as soon as the explanation of the parliamentary Committee. Deputy CEC Chairman noted that in order to work. managed to hold elections this year on Thursday, the Commission adopted a decision according to which elections can be appointed not only on the last Sunday of April last Sunday of October and on any Sunday of December, except the last one, but on any other date.

Groisman says that to stop the decentralization in Ukraine will fail

However, at the CEC session on Thursday the Deputy Chairman of the Commission Andrey Magera offered to include in the agenda the issue of the appointment of the first and additional elections in General in 111 communities and to cancel the CEC decision of 9 August about the suspension of the process of the election in GSS. The decision it was not accepted, as only 5 out of 11 attended the meeting of the CEC members voted in support of it.

Mahera is convinced that the referendum law of 1991 has no relation to those submissions received to the CEC for elections in the GSS.

We will remind that on August 9 the Central election Commission appealed to the Verkhovna Rada Committee on legal policy and justice regarding the provision of clarifications in connection with the inconsistencies of the legislation on referendums, the possibility of the appointment in the manner prescribed by law by the Central election Commission the first and additional local elections without holding a local referendum on support for the voluntary unification of territorial communities, voluntary adherence to the United territorial community.

By the same decision, the CEC decided that the appeal of regional state administrations on the appointment of the first and additional local elections will be considered only after receipt of these clarifications.

At the same time, this decision caused a wave of criticism, in particular, Prime Minister Vladimir Groisman.