In Kiev, caught in the hot bike thieves with network rental 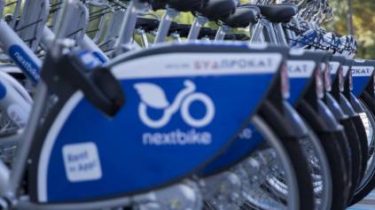 In Kiev, caught in the hot bike thieves with network rental

In the castle, and inside the frame there are GPS trackers.

The first city bikes, which recently personally tested the mayor Vitaly Klitschko, began to steal from the rental.

To spin the parts and sell the bike tried two guys. According to the owners of the bike stations, they took the bike on the Kontraktova square and in the area of Petrovka for a HUNDRED tried to disassemble it for further sale. The thieves were detained “on hot”.

“Guys tried to saw the lock, there is GPS in the frame, in the castle. Of course, we see movement, something is wrong. All bikes are tracked, you still find out if a pawn shop will take,” – said the Director of the company Nextbike Alex Kushka.

Popular in Europe the system of bickering launched three days ago. Now in Kiev there are already 33 site for lease 55 bikes in different parts of the city. A single half-hour bike ride costs 30 UAH, rent a bike for the whole day – 300 UAH.

Owners of rental service warning, to steal a two-wheeled horse – almost impossible, because all the bikes are equipped with sewn and GPS trackers, which record the entire route of movement of transport, therefore, to trace exactly where the cyclist is very simple.

As in Europe, but not quite. The bikes recently personally tested the mayor Klitschko, began to steal from the rental. To spin the parts and sell the bike tried two guys. The thieves were detained “on hot”. 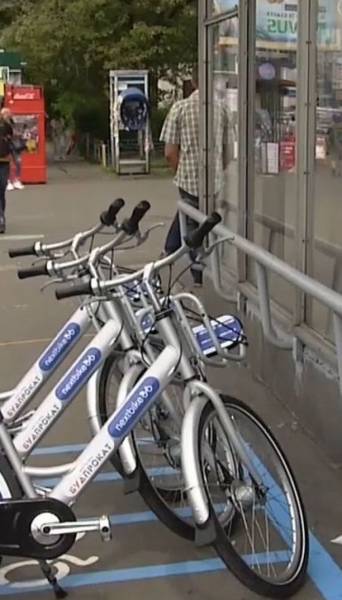