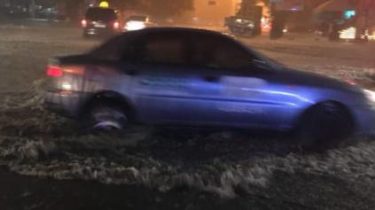 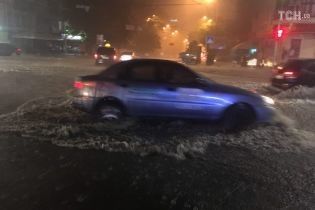 In KCSA told about the elimination of consequences of bad weather.

Utilities are engaged in liquidation of consequences of a powerful rain in Kyiv on the night of August 19. The problems with frequent public transport there.

About this channel “112 Ukraine” said the Deputy Director of the Department of municipal improvement of Kyiv city state administration Taras Panchi.

“It is no longer closed and locked areas, all areas cleared. Now utilities, clean dirt that is left after water. No blocked public transport routes, it moves on a normal schedule, no stops in connection with the invasion of water did not happen. At the moment everything is normal,” he said.

Kiev may again turn the heat. Authorities warned about the storm

Most of all, according to Panchia the night flooded the streets near the shopping center “Gulliver”, as well as Victory square. There podtopilo the underpass, however, the utility already has eliminated the problem, now it is cleansed from dirt.

We will remind, in the evening of 18 August Kiev again covered the powerful shower. Under the water were some streets, in some places cars can’t drive because of the large amount of precipitation.