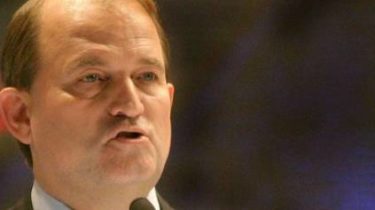 The TV channel “112 Ukraine” written on a German citizen Edward Katz, President of a television station Manager from the team godfather of the Russian President Victor Medvedchuk.

This is stated in the investigation of the program “Schemes”.

Katz was already presented to the audience as the new owner. According to journalists, German earns the resale of old cars.

2017 his family participated in the raffle which was held by a local radio station and won a trip to stay in Thailand and Vietnam. Other information about this person reporters could not be found. 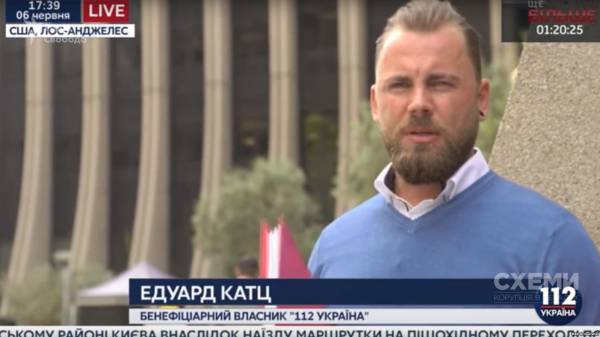 Reporters on the phone told Katz that the material prepared on acquisition of the Ukrainian TV channel. He promised written comments, then stopped responding to messages and calls.

Therefore, the “Schema” I think that Katz is a front man, he formally recorded a TV channel in the sale.

Paint a portrait of Stus: activists picket the office of godfather Putin Medvedchuk

Also, the media talked about the fact that the leader of the movement “Ukrainian choice” purchased “112 Ukraine”. However he denies it.

After a change of ownership on the channel there is a new General producer. It was a 30-year-old Artem Marchevsky, who previously ran for city Council from party “the Right people”. The leader of the list was close to Viktor Medvedchuk Black, and the name “the Right people” is part of the official name of his political movement “the Ukrainian choice – the right of the people”. 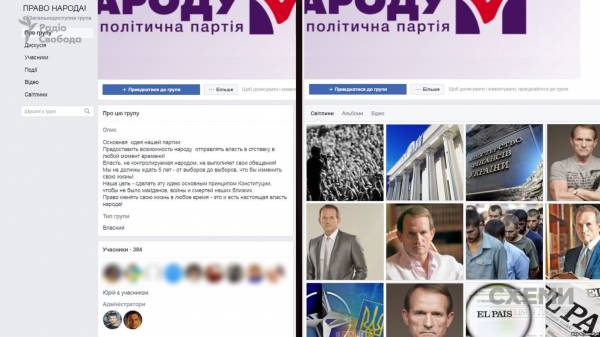 Marczewski noted that the post he was appointed Yegor Benkendorf after personal talks with Edward Catcom. Asked by reporters about relations with Viktor Medvedchuk, the producer said, “I don’t want your day to answer questions without meaning.” 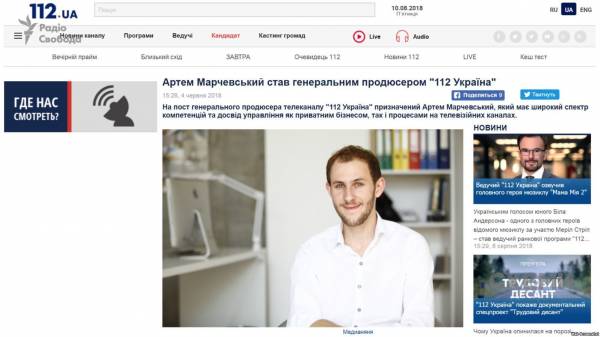 More about the connection 112 Ukraine and Medvedchuk’s show mention of it in the broadcast channel. “112 Ukraine” quoted Medvedchuk, and journalists covering the activities of his movement, and his wife Oksana Marchenko.

“Was a normal business relationship”. Medvedchuk told how Putin chose the godfather

In connection with the investigation of the program “Schemes”, the TV channel “112 Ukraine” unilaterally broke off the cooperation with “Radio Liberty”.

A legal entity representing the “112 Ukraine”, explained this decision “the launch of new television projects dealing with current events of public and political life and the need to allocate under it’s TV time.”

Art Association “Babylon 13” have held an action near the representation of godfather Putin. In General, gathered a few dozen people. The protesters handed out rubber gloves, protective masks and spray paint. Every stencil I could on the pavement near the office policy to draw its slogan from “Freedom Sentsov” not very censorial writings about Putin and Medvedchuk. 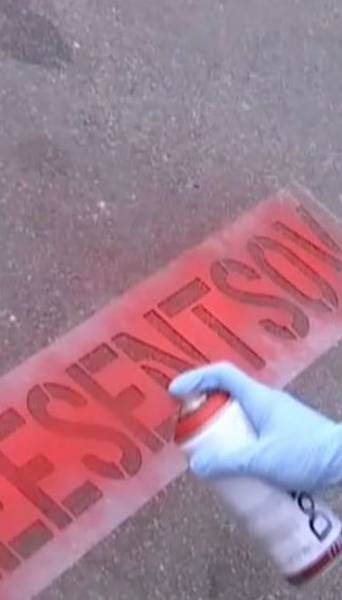